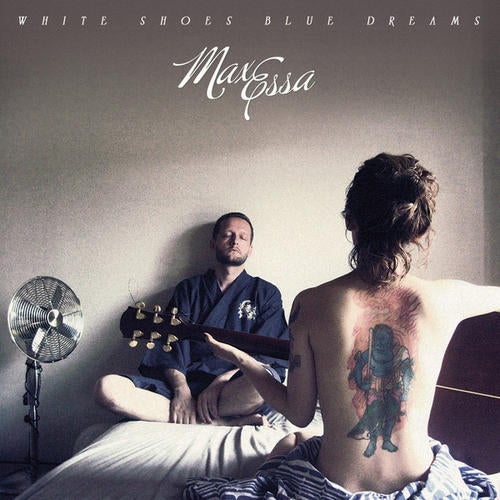 Japanese based, multi-instrumentalist, Max Essa, has parked his yacht in the Bearfunk harbour once more. This time the cargo is his splendid second album 'White Shoes, Blue Dreams'.

Whilst Max includes plenty of his pundit-pleasing, beach and summer sounds, in this album he moves his sound on a bit, or 'back a bit' we should say; the vibes Delorian themselves right back to the 80's. Across the long player he dips his pen into the decade with his customary skill and slick production sheen. The result is an ever so clever mix of sunblessed grooves, disco sensibilities and glossy 80's production. This time around Max also gets a lot more vocal. His dulcet tones feature on over half of the album's 12 tracks.

Tracks such as 'Moonlight & A New Direction' and title track (and recent single) 'White Shoes, Blue Dreams' illustrate the new sound perfectly. They both mix the slick grooves, melodic musicality and pure Max sunshine all tied up with nifty, mature but catchy song-writing.

If you listen carefully you can hear the 80's touchstones throughout the album;'El Pilota' (Level 42), 'We Can Run' (Simple Minds), 'One Night Out Of Seven' (Blancmange) and 'Naked Horseback Rider' (A Sunburnt Edwyn Collins).

For those who like their Max tracks all beach, sand and yachts, you will not be disappointed with tracks such as 'Wrong Villa', 'Glass Bottomed Boats' and 'Love On The Water'.