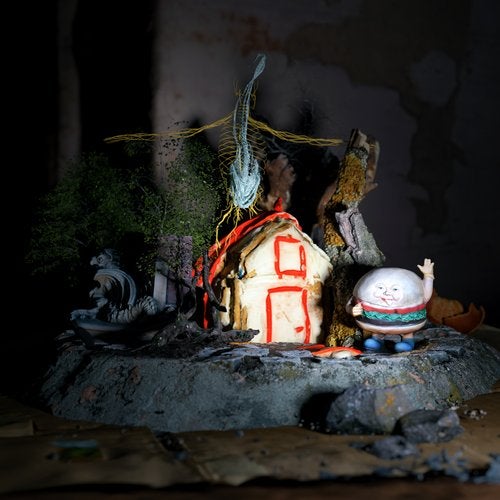 Living a double life as a composer for TV by day, and DJing around Shanghai by night, the passing of time often stifled and spurred on her production process. After having a dream of a Vanishing Cinema, a place where memories disappear in front of your eyes through the passage of time, Hyph11e quit her day job to focus on her own music full-??time. The result is four original, uncompromising tracks that owe as much to vintage noise and industrial music as they do to field recordings and contemporary club music.

On the remixes, Tzusing tweaks and tunes ?Black Pepper?, driving it into idiosyncratically ominous territory; M.E.S.H. rebuilds ?Unknown Number? from the ground up until it reaches the clouds; while Kid Antoine takes ?Escapism?s warning sirens and cuts them into playful, bouncing cascades.