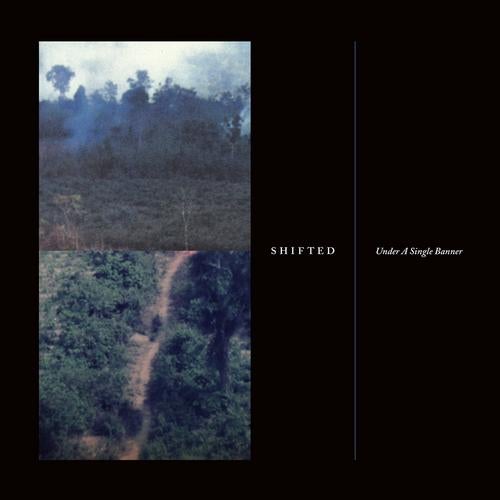 It's been a busy couple of years for the producer behind the Shifted project. On top of an extremely well received album for the Mote Evolver label, the producer has edged further out into the fringes of electronic music under a number of aliases, taking in noise/ambient variants as Covered in Sand, as well as more distorted, technofied productions under the Alexander Lewis moniker, a sound described by the Blackest Ever Black label as "S-M Techno".
His new album as Shifted, "Under a Single Banner" finds the producer converging these strands into a lucid reimagining of Techno, starting off from the toughened, purist templates honed down by the likes of Sandwell District and Marcel Dettmann, and stretching out into more textured, sometimes noisy, often introverted and melancholly signatures.
It's a perfect fit for Bed of Nails, a label thats given a platform for the more direct dancefloor mutations of Dominick Fernow's own productions as Vatican Shadow, Rainforest Spiritual Enslavement and Christian Cosmos, as well as familiar Hospital Productions affiliates such as Kris Lapke under the Bronze Age guise.
There's a rich and earthy warmth to "Under a Single Banner" that's perhaps at odds with the purile fixation on all things noisey at the fringes of Techno these days, but for the most part, the tension and momentum keeps the album definitively aimed at the floor without ever resting on its laurels.

Under A Single Banner