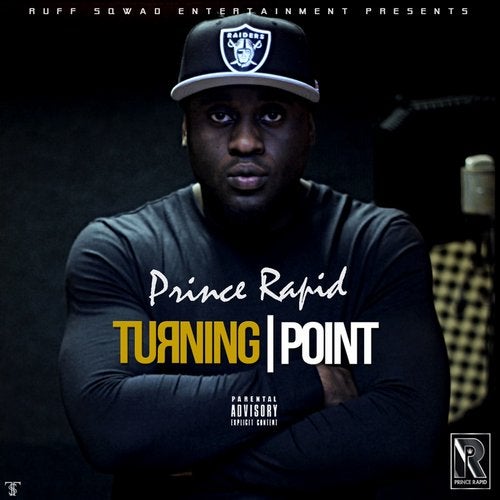 Renowned grime veteran, Prince Rapid is making a fierce comeback with his upcoming project 'Turning Point'. The Ruff Sqwad producer/rapper will be releasing this 7 track EP at the end of March. Prepare to hear a fusion of electrifying hip hop sounds paired with raw, intense grime bars. The EP features well known grime artists such as JME, Ghetts D Dark and Tinchy Stryder.
With his candid, catchy lyrics and hard beats he adresses a variety of social issues on the EP as he returns to his grime roots. The new track has already received airplay on BBC Radio 1xtra where he made an appearance on DJ Cameo's show. It was hailed as Rinse fm's 'track of the week' and DJ Logan Sama called the flow and rhythm a 'deep bubbler'. Prince Rapid says his new material is very 'eclectic, representing me as an artist and a person, and this single's just a taste of whats to come.' The EP is available from March 31st and is a lead to his debut album due to be released in summer.