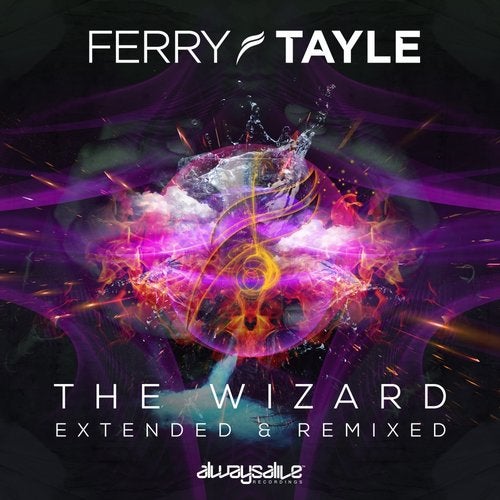 'The Wizard' returns. Following the widely received and acclaimed musical journey that is the artist album by French-man Ludovic Meyer aka Ferry Tayle, we now see the long awaited release of the Extended Mixes, as well as 16 hot off the mixing desk Remixes.

The list of sought after Remix names on this release kicks off with non-other than industry legend The Thrillseekers, delivering a stunning opening rework of the beauty that lies in 'Let The Magic Happen'. Next are outstanding Remixes by Canadian producer Solid Stone, Tech-Trance perfectionist Tempo Giusto; one which has seen early support from the Trance world's elite including Armin van Buuren, Simon Patterson, Bryan Kearney and more, Always Alive Recordings favourites Madwave, C-Systems, LTN, and Willem de Roo & Adam Szabo.

Whilst Ferry Tayle himself puts a spin on album favourites 'Trapeze' and 'The One I'll Never Be', the likes of Dan Stone and Daniel Kandi are ever present with classic uplifting mixes of 'Origami' and 'Battle Of The Barrels'. Ambitious newcomers such as Nick Arbor & Simon Lovell, Chris SX, Dreamy, and Alex Wackii also add to this celebration of The Wizard, contributing to a deserving and assorted tracklist spanning the Trance and Electronic spectrums.

One of the scene's most praised works, Ferry Tayle 'The Wizard' is long lived, and hits the shelves again this fall.