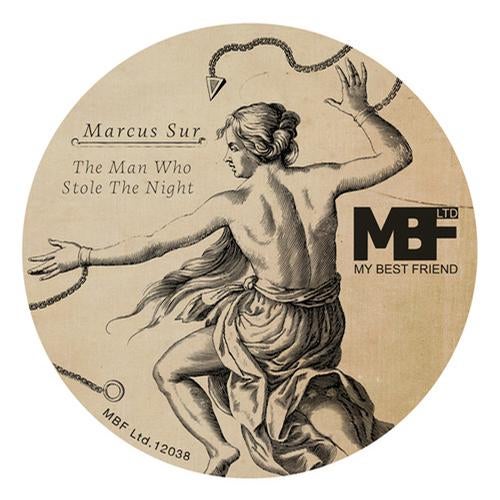 Marcus Sur has been with us for a several years now.His trax are great tracks that rescue the DJs when all other tracks fail to attract the clubber. This accounts also for his releases.We call this release a box full of hits these hits that never make it right to the top but without them no one could live in their DJ sets.The opening track "The Man Who Stole The Night" is such a melancholic beauty that rises and falls without any signs of warning. Eternal good music. "Unlike The Sun" is a heavy "blues rocker" of a track with an elaborate arrangement, nice vocals and as light-footed as all of Marcus Surs tracks. This track is perfect for the spiritual moments of sun rise and what follows."Are You There?" connects style wise more to "The Man Who Stole The Night ", but still does use meaningful vocals.The first remix comes from Swiss artist Dachshund who has recently installed his own label Clapper (Highgrade, Material, Systematic, Vitalik) who has done a remix for us some time ago for Tim Green on Trapez... bringing things together in a fine jacking way, with a powerful production nevertheless keeping lots of understatement. This is a peak time remix for sure.Alessio Mereu has released a lot of EP's within famous labels like TuningSpork, Contexterrior, Cmyk and in 2010 started to release on his own label Anam.He has transformed "Unlike The Sun" into a dark raving, powerful techno track. Maybe the most techno styled track of all trax featured in this release.

The Man Who Stole The Night