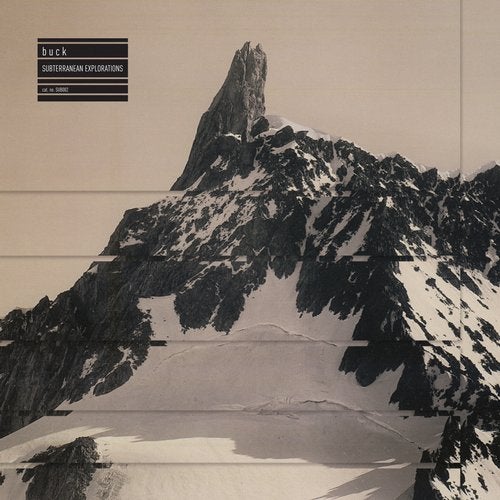 The 2nd release on Allessandro Stefanio's Substrato, true to the label's concept, is another musical exploration of both atmospheric heights and geological solidity, with all the emotional resonance and physical impact that such an exploration implies. This new EP from Buck, like the Substrato debut Fluid Identity by Limo, is a skillful sonic meditation on the natural living environments that we often take for granted: its mix of intense tectonic beats and ambient winds takes us from the archaic mystery of the underground to the rapture of the open skies above.

With such an inspiration to guide it, the ''Ambient Progression'' which leads off the record goes immediately for a huge and engulfing sound and whisks listeners away to a place where they will feel in awe at the immensity of their surroundings. The resounding bass kicks are like giants' footfalls, the ephemeral soundscapes like the voice of clouds, and the filtered bass pulses like signals from a distant but equally immense central control facility. The feeling of being a microscopic entity in this gigantic wilderness is an exhilarating sensation which continues into the next track ''Atmo.'' This track, with its vintage vinyl crackle framing a progression of sounds very much like ''Ambient Progression,'' makes it seem as if you've stumbled across some historical recording of a long-lost technological civilization. This track shows that Buck is just as capable of telling sonic stories about imagined pasts as he is about connecting us with the tactile reality of the present.

The ''On Board'' interlude takes things into a more urban direction, with busy crowd ambience and a robotic station voiceover issuing its affect-less warnings (a feature which makes the incoming rush of utopian, orchestral sound sheets all the more dramatic). The Artefakt remix of ''On Board'' which follows is a throaty, full-force re-framing of its predecessor's bright motifs that keeps managing to unearth new layers of sonic depth. Like being on a train that is determinedly snaking its way through halogen-lit subterranean tunnels, this mix provides a sense of continuous entrancing anticipation that makes you completely forget about reaching your destination. The familiar, serviceable drumkit sounds and acid accents meld together with Buck's graceful sound washes to provide something which can either be the backing music to personal adventures, or an adventure in and of itself.