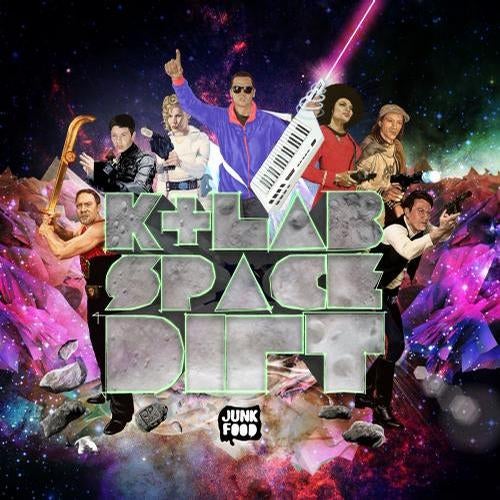 "Every atom in your body came from a star that exploded. You are all Spacedirt!" "I used machines to find the 'Space Dirt' but it was my soul that controlled the machines" K+Lab. Raised at the feet of George Clinton and George Lucas on a diet of Sci-Fi, Funk and Hip-Hop in a distant galaxy comes K+Lab with his debut album 'Space Dirt'. Starburst synths, anti-matter beats and battle-star bass all collide in a musical metaverse of galactic dimensions. Armed with his lazer keytar, K+lab and his crew of misfits go on a warp speed mission to explore the outer reaches of the glitch-hop universe. The code they live by "Free your ass and your soul will follow". Interconnecting like an Voltron of awesomeness, they searched to find and bring us the deepest and darkest funk matter, known as 'Space Dirt'. Along the way encountering Black-holes, Lazer cats, Bangvaders, Lord Steezington, Captain Crack Juice and the collapse of gravity. People of earth the mothership has landed with a cargo hold full of 'Space Dirt' time to free your ass so your soul will follow!