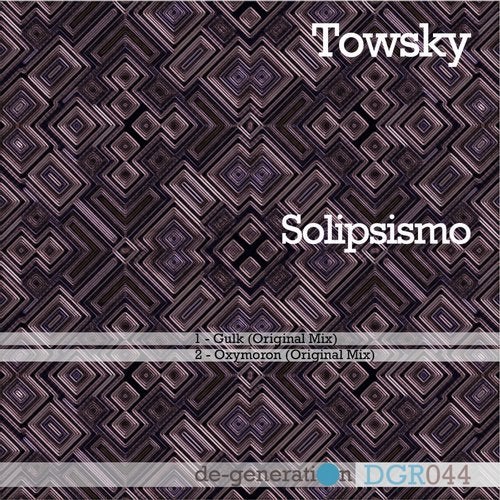 Solipsism is a term that refers to an ancient philosophical doctrine according to which the thinking individual can only affirm with certainty his own existence. In fact, everything he perceives is part of an external and objective phenomenal world, which acquires ideal consistency only in thought. The whole universe is, therefore, the representation of an individual consciousness. From this we can guess the load of information that the artist wants to transmit with this project composed of two tracks: 'GULK', the title is a simple onomatopoeia rhetorical figure widely used in literature, at first glance you can not help but notice the very incisive drum accompanied by an equally aggressive bass line, all continues in a progressive way almost like an anxious race to peace and relief of pauses characterized by a triumphant melody and victory! The second one 'OXYMORON' a rhetorical figure consisting in juxtaposing, in the same expression, words that express contrary concepts, a title appropriately chosen by the artist to remember the period in which the latter was produced, a period in which he perceived emotions opposite to those he should have felt. The track is divided into two, initially there is a minimalist drum accompanied by the hammering of a robust and arrogant bass, which results in a melody acute, almost classical. Everything continues with a progressive ascent until it explodes into confusion, confusion that characterizes the second part of the track and that goes to oppose the melody of the first, just like an oxymoron.