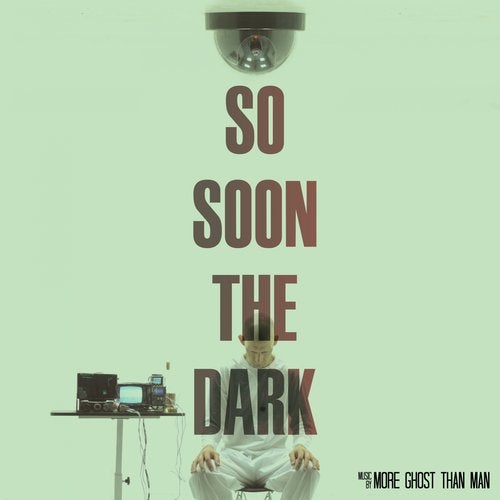 Terry Grant has always been a little more ghost than man. Firmly entrenched in the world of underground dance for the better part of a decade, and collaborating with the likes of Luke Solomon and John Digweed's Bedrock imprint, Terry finally finds himself landing on the edges of electronic music. Enter More Ghost Than Man, a convenient fiction under which to explore these fringes with a filmmaker's sensibility.

2018's Everything Impossible Is Far Away was a detour on More Ghost Than Man's tangent, an episodic series of songs that expressed Terry's imaginary movies. So Soon The Dark is a sonic companion and continuation of the experiment. Where the previous release imagined its movie, So Soon The Dark's music and soundscapes accompany a short film with the same title.

Starring, written, and directed by Terry Grant, So Soon The Dark (the movie) concerns the undoing of a damaged man as he experiments with technology in a reach for immortality. The music came first, its moody, futuristic tones and ominous drones inspiring the plot, look, and pacing of the film. Thus it's no surprise that the soundtrack to So Soon The Dark satisfies as a stand-alone album. The songs serve to bend the listener's environment. More Ghost Than Man's textures — reminiscent of the work of Jóhann Jóhannsson and Cliff Martinez — inspire new mini-movies to form. It's the sound of an uncertain future wrapped inside the turbulent present, where hope is found in the ingenuity of imagination.

So Soon The Dark