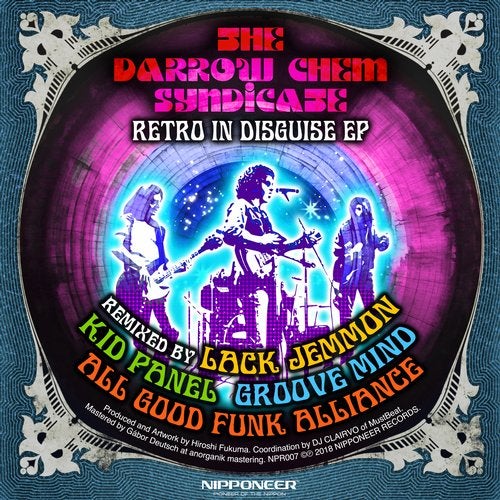 Yet another travel is about to begin into the past at the Darrow Chem Syndicate HQ. This time the ride is hosted by four different remixers from all around the globe.... After their successful release on UK based Bombstrikes label, Lack Jemmon is about to present another glitch-hop treatment here. Sliced bass-lines, filtered synths and thick drums rule the composition of the duo from Budapest… Having had a long No.1 Charts hit for Nipponeer Records on the previous release, Kid Panel has returned to the label delivering a special re-work to please all the old-school heads who were filling the dancefloors in the '90s. In case, you were familiar with the Big-Beat raves some twenty years ago, you'll be more than delighted to hear his contribution to the release… Introducing on the label, AGFA, the godfathers of new funky-breaks, is putting down a beautiful example how a proper remix shall be delivered! Leaving their signature on the sound, the guys from USA twirl it all up nice and bouncy.... Also, showing attention and paying respect to the new generation of bass-heavy funk producers, it is Groove Mind from Italy who puts a tasty ghetto-funk bomb to the package with it’s tricky arrangement and blending of the original tracks... Nipponeer Records being based in Tokyo, Japan; was founded by Hiroshi Fukuma in 2003. This is the 7th release of the label, while the first EP came out in 2009 - aiming to reach a place of solely ageless and quality music, where time has got no dimension.