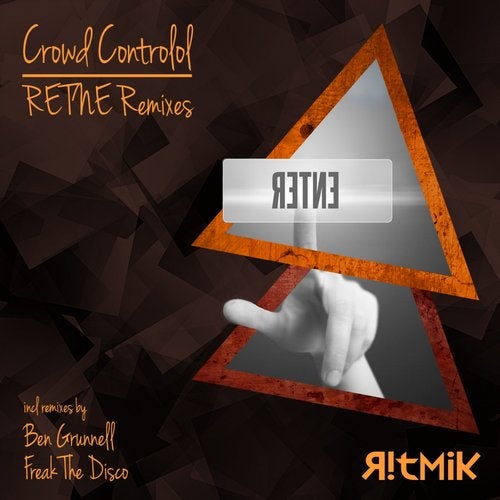 Crowd Controlols RETNE Remixes comes on the back of the amazing support of its original counterpart released earlier this years, which marked this labels relaunch.

For this follow up release, we commissioned remixing duties initially to Freak The Disco, a South Florida based production team that is a staple in the underground movement around Miami, Boca Raton, Ft. Lauderdale to name a few, they have been responsible for some of the most energetic performances we have experienced in the past year and their unique blend of Minimal made it an easy choice to include in this single.

To bring some contrast we sought the talent of English national Ben Grunnell, a name that is widely know in the Tech House circuit through his highly successful and well executed compositions that are widely supported by some of the industries heavy hitter.

A great single to have in your arsenal for this summer season, that will promise to have your crowds moving and grooving from start to finish.