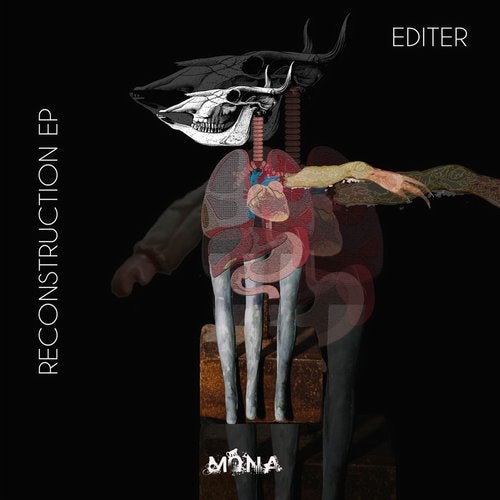 Editer new signing on Mona Records presenting his new album "Reconstruction Ep"
Eder Brutal Noise, known by his stage name as Editer, began his career as a DJ, at 16 years of age, he continued to practice and perfect his technique, and soon after he began to perform in Navarros venues and festivals where he became known. as Editer.
He began to define his style from electro music to end with techno, the musical style that has characterized him during the last 10 years.
In the year 2014, Editer is signed by the musical collective Rebels, where he finishes establishing the strong and industrial sounds that define him.
In 2016 he began his interest and curiosity for music production, thanks to the support and advice of great artists and better people. Editer launched his first reference on the I-TRAXX Recording label.

He has gone through clubs like:
Florida 135, The Other, Jimmy Jazz, Room 31, Movie Music Club or Sala Pirandelo in Madrid.

Reconstruction Ep is the union of sound elements what Editer wants to reflect in this ep.using analog synthesizers and plugins form the bass lines, leads and other accompaniments. The rhythms with real sounds recorded and mixed with different types of boxes and drums build the 4 songs that appear in this ep that are produced and mixed by Editer.

Techno and industrial sound in the purest style, always with very particular sounds and changes that break with forcefulness
We hope you enjoy it!