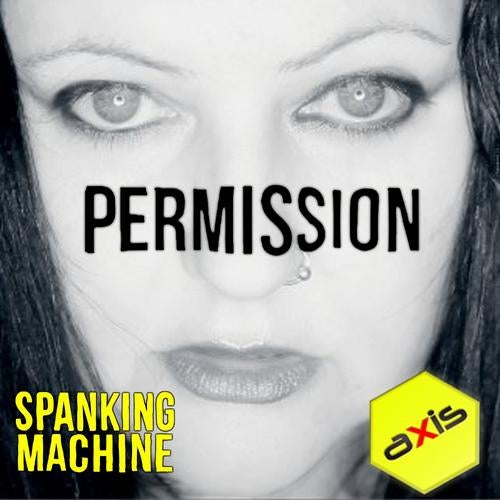 Axis Trax are proud to present the third single from one of California's finest underground dance acts, Spanking Machine. Their sound is predominantly electronic but intergrates many elements and influences to create a unique vibe to their music. A sound which in the past has gained them support from the likes of Carl Cox, John Graham, Hernan Cattaneo, Hybrid and Dave Seaman.

"Permission" is a dark and haunting track and comes complete with remixes from the fantastic Binary Finary (most famous of course for his hits 1998 and 1999) as well as Rachel Ellektra, Kazell and Spanking Machine themselves.

Also there is a video by award-winning film and music video director Mark Pellington" which can be seen here...

We hope you enjoy this one!

Underground legends Spanking Machine have blossomed from their roots and grown into an innovative new force in electronic music, which has been supported by the likes of Carl Cox, John Graham, Hernan Cattaneo, Hybrid and Dave Seaman .

Rather than working in one genre, Spanking Machine's music unites fans across the spectrum of dance music - from tech house to EBM. Ultramodern sexy grooves blend with beautiful vocals and explosive guitars, in a show rich in fabulous outfits and real on-stage passion.

Spanking Machine collaborates with top producers, remixers and artists from around the world. The Kazell remix of their track 'Permission' is on the prestigious Boz Boz label, which backs artists hand-picked by John Graham.

The band has been performing together for more than a decade. DJ sets and live band shows take them all over the world - from Los Angeles to Tokyo.

Their DJ sets can also be heard globally on broadcast and satellite radio, as well as on the leading podcasts and web radio stations, including Trance Rotation and Paul Van Dyk's Vonyc Sessions.