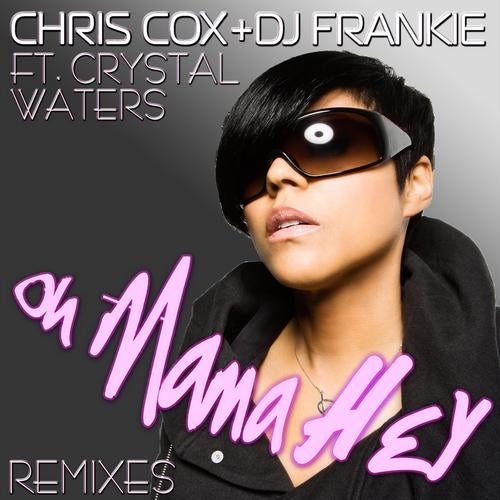 "OH MAMA HEY" is a new single by a collective of artists with anamazing pedigree. The song features vocals by one of the greatest iconsof house music, CRYSTAL WATERS. The music was played and mixed by the team of Grammy Nominated Producer CHRIS COX and award winning Las Vegas nightlife pioneer DJ FRANKIE. The trio also didwriting duties, and the song is diverse in that it combines hard electro riffs with elements of big-room house, fused with undeniable beats andbuilds. Crystal's voice sounds better than ever, and she KILLS the vocal with world-class diva chops and a solid hook that will grab you on the first listen. Add to that a crowd chant chorus, a sing along "E Samba"-inspired middle break, and you have true dance floor fire!

The remix package for this single is a superstar affair as well. Grammy Nominated STONEBRIDGE has been making worldwide, floor-filling hits for years, starting with one of the biggest dance hits of all time, "Show Me Love" by Robin S. Stonebridge and Hed Kandi artist J-C delivera true swinging house banger, which will feel at home in the clubs, pools, terraces and mixshows. The Grammy Nominated duo ROSABEL are each stars in their own right, and together they work big-room magic that has kept them on the top of the charts for decades. RalphiRosario & Abel Aguilera did what they do best on their mix, tough, driving tribal beats, massive synth stabs, and major attitude! STEVEN REDANT is certainly no stranger to the thousands of people who flocked to hear him at his residency at the largest club in the world, Privilege in Ibiza. This Spanish producer has played some of the biggest international festivals, and he has delivered a tough, tribal-infused, driving monster. Rounding out the package are two relatively new names, but with talent and drive that will make them ones to watch. VANITY POLICE is the brainchild of Tom Napack, who was the musical genius behind Sire Records synth-pop band Dangerous Muse. He has created an 80's steeped Indie jam that will perk up the ears of any hipster with a desire for something deliciously different. DJ KOKO is a resident DJ at several major Las Vegas rooms, and he has created a progressive EDM mix that is currently destroying those rooms, and feels right at home next to tracks by Nicky Romero or Hardwell.

You want a peak hour track? Then look no further! A track this solid and diverse could only come from one of the truly innovative labels in music history, the legendary TOMMY BOY ENTERTAINMENT.