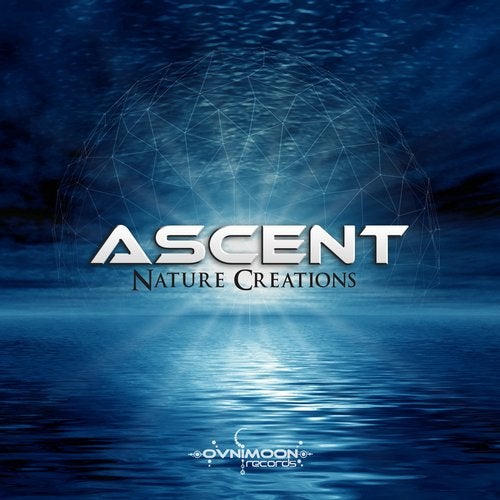 Riding in on a surging crest of super powerful kick & bass, Ovnimoon Records proudly presents ASCENT's second masterpiece Progressive Psy album entitled: Nature Creations. With a confidence and style that has become his signature sound, this new album artfully blends in many new ideas and techniques while remaining true to his initial vision for how the perfect psychedelic trance soundscape can be melded into powerful Serbian Hard Dark & Deep Tech Trance. Wow! Each track redefines the genres while also delivering exactly what you most hoped to hear. Exciting and innovative arrangements, haunting atmospheres, liltingly subtle melodies, mystical samples and a captivating percussive playfulness seamlessly weave together delivering an air of disturbing yet inviting beauty and grace rarely heard or witnessed in our music community. Compositions that evolve and return again to a new higher spiraling plateau. Lose yourself in this exquisite and quintessential new chapter. In order to reach this elevated perspective Ascent joined forces with his friends, mentors and inspirations Shogan, Norma Project, Elegy and Ovnimoon who each joyfully contributed their unique and cosmic touches with a lovely closing chapter with long time downtempo collaborator Argus. Together, like all of nature's creations, the result is far more than the sum of its parts. Each aspect supports the rest for a truly balanced acoustical bio-sphere expressed through his own unique version of cinematic new school yet refreshingly classical progressive psychedelic goa trance music. Ascent is the psy/progressive solo project made by Bojan Stojiljkovic, born on 03.18.1987 from Krushevac, Serbia. Bojan Stojiljkovic has come from a musically inclined family, and at a very young age he started playing keyboards, later playing in Rock and Blues bands. After 20 years in music, he began a career as a DJ spinning Psychedelic Trance, soon to work and play psytrance all around Serbia in festivals and parties. In 2010 he began to produce and make Progressive psytrance and downtempo/psychill music. Moving from the town to the forest near Mt. Jatrebac, he found inner peace and inspiration in pure nature. He has already released several songs on digital EP's and compilations on Ovnimoon records and Goa records. Along with a downtempo psychill project created with his brother Branko called Ascent & Argus, Bojan also has released the debut album from psy/prog side project Elgiva with his friend Milan (Astral Sense / Sideeffected). In addition, he created his Psytrance-Goa project `Demetria` with his friend Stefan. Demetria is a psytrance project founded by `Bojan Stojiljkovic` aka `Ascent` and `Stefan Stefanovski` aka `Tesla Principle` from Krushevac-Serbia. Together, they decided to make something different like mixing so many genres of psychedelic trance music. Ascent music is focused with deeply mystical and spacious atmospheres, progressive melodies, sounds of nature and beautiful harmonies woven with prolific messages and emotion through multilayered trance soundscapes.