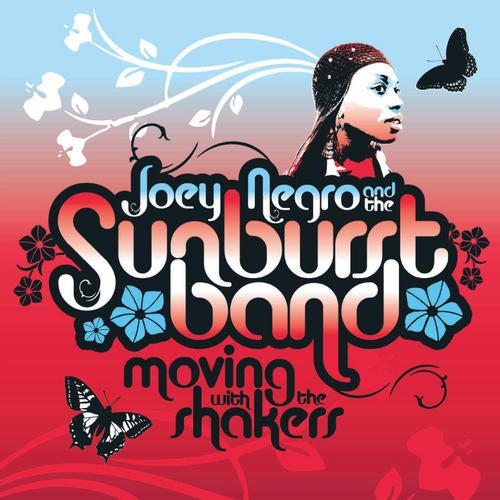 A ragbag delight of boogie, disco, funk and jazz, collaborators on ‘Moving With The Shakers’ include Harlem soul legend Leroy Burgess, Diane Charlemagne (who sang on Goldie’s ‘Inner City Life’) and Chaka Khan’s sister Taka Boom. Fulltime front man Pete Simpson is also known for lending his vocal talents to the Unabombers’ alias, The Elektrons. Says band founder Dave Lee: “‘Moving With The Shakers’ took over me for a while, and I spent 18 months working on it, going back to the songs, honing the production and lyrics, scrapping tracks and starting new ones to make sure there were no fillers. As you can imagine, it’s pretty intense making an album when you’re the main songwriter, producer, label and a&r man. On this third album, I also wanted to say something in the songs and avoid the banal lyrics that plague so much dance music.” ‘Journey Intro’ opens with live strings and luscious vocals setting the scene for the 17 track opus. ‘Our Lives Are Shaped’ is a nod towards the East London 2 step soul, sound system days: “Lyrically it’s about how our lives are steered by the people we love and how they can alter our experiences and perception of the world”. Next up is a slinky rework of David Bowie’s ‘Fashion’. “I’m a big Bowie fan,” says Dave, “and I wanted to retain the funk but replace the rockiness with a jazzy boogie vibe, then take it off into another direction instrumentally in the second half.” ‘Sitting on Top Of The World’ harks back to the uplifting disco of Earth, Wind and Fire with a message to keep your ego in check, whilst the stomping ‘Days Gone By’ remembers the innocence of youth: “It’s about days when I was on the dole, spending all the money I had on old vinyl,” laughs Dave.