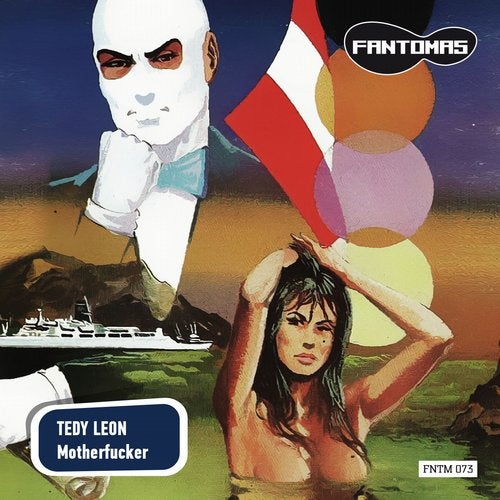 The portress rang up Fandor on the telephone. "Monsieur Fandor! There is a stout little lady down here! She wants to see you! Should I let her go up?" Fandor's first impulse was to say "no." He glanced at the timepiece: it was exactly two minutes past eight and Juve might be here at any minute. He was sure to keep his appointment.
After an instant's hesitation, Fandor decided on a "yes." He called down to the portress: "Let her come up!" Fandor had an idea: perhaps this person knew something about the appointment made that afternoon at the Palais de Justice! It would be well to find out the why and wherefore of this call. In any case, it was best for a journalist to see all comers, if possible. There was a discreet ring, announcing that the stout little lady had already mounted the five flights of stairs and was now on Fandor's landing. Our journalist went to open the door, standing well back in the shadow, so that his visitor might show herself first, as she passed into the little hall. Yes, she was certainly stout, short, and also elderly. She wore a bonnet with strings, perched on a thick crop of grey curls, yellowish at the tips. This elderly dame wore glasses; she was wrapped in a large brown shawl, and she supported herself, as she walked, with a crook-handled stick. Whilst the puzzled Fandor closed his front door, the visitor made straight for the little sitting-room, where our journalist usually sat, surrounded by his books and papers. "Ah, she seems to know my flat!" thought Fandor. The next moment he jumped back; for, no sooner had the visitor got well into the room, than she straightened her bent back, threw off her shawl, and dropped her stick! Then, tearing off her grey curls and her spectacles, the visitor revealed herself as—Juve!Fandor burst out laughing. "Juve! Well, I never!"