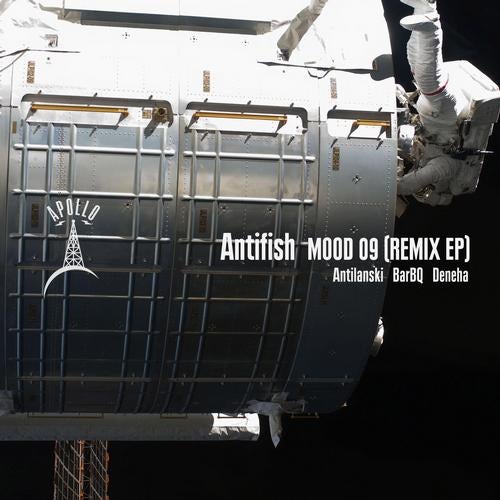 As host of the "In Your Tomorrow" show on Proton Radio, Antifish, first came to Apollo's attention as a result of the 2011 Lowbit nubreed compilation, "Through The Door". Originally released in February 2012 and with another recent remix of Shigeru Tanabu's "Visceral Reaction" on the label, "Mood 09" EP gets a full remix release on Apollo.

With a full album release entitled "Phun Tha Mental" in April of this year, on Los Angeles imprint Riff Raff, Swiss resident, Deneha provides us with a kaleidoscope of funky beats, groovy riffs and twisted vocals to give a deep and positive vibe and a clever variation of the sounds found in the original mix.

Anton Lanski is one Etoka's most prominent residents with a number of deep house releases and remixes to his name. Furthermore, he recently helped launch a remix competition, through Etoka, for his track "Kill Me". Anton's remix of "Mood 09" is a wonderfully deep affair playing full homage to the "Ocean" title with the creation of a panned background pad that gives the impression of rhythmic waves in an open sea.

With a multitude of tracks already to his name, BarBQ is a Russian deep house powerhouse, known for his work on Highyway Records and for Ben Watt's uber-cool imprint Buzzin' Fly. It is on Highway that St. Petersburg native Andrey Kadomtsev released his album "Manydays" at the end of July. His remix here is full of a deep, rhythmic bass line, combined with a full ensemble of percussion, vibrato riffs and vocal layer that rises and falls in prominence throughout.

"Mood 09" breathes new life with remixes that create a variety of different and sublime atmospheres.