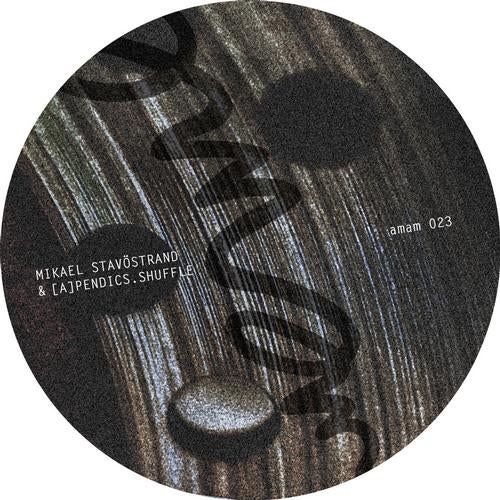 Early Support: Dj T, Ivan Smagghe, Luciano, Paco Osuna, Alex Niggemann, Joel Mull, DJ W!LD, Chaim, Mihai Popoviciu, Hooved, Mr. Statik, Joseph Capriati, Luca Bacchetti, Tobia Coffa, Martin Eyerer, Someone Else, Alland Byallo, Nico Lahs, Salvatore Freda, David Durango, Ed Davenport, Gabriele Carasco, Tim Xavier, Todd Bodine, Markantonio, Re-UP, , AFFKT, Edu Imbernon, Clubbingspain and more.. Los Angeles-based producers Mikael Stavöstrand and [a]pendics.shuffle are no strangers to followers of cutting-edge dance music from the past decade or so. They first teamed up back in 2006 for a pair of releases on [a]pendics.shuffle's own Adjunct, and individually they've worked with a plethora of other respected labels including Mo's Ferry, Leftroom and Clink. Now, their first collaborative release for AMAM comes in the form of the Midnight Machines EP, including remixes by Alessio Mereu and Simon Garcia. The Other One is based on a propulsive shuffle of percussion that's contrasted by lingering atmospheric flourishes that David Lynch would approve of this one pairs well with the fog machine! The atonal bursts of brass come without warning, suggesting a Loch Ness monster rearing its head from the shadowy waters, giving the track an element of suspense. Then, Simon Garcia, also known as Kornelius and Larakki, adds a bright sheen to the track, taking into dubby house territory that provides the aural equivalent of tunnel vision as its subtitle suggests. On the flipside, AMAM head honcho Alessio Mereu offers the most kinetic version with its clattering rhythmic arrangement. Finally, Mikael and [a]pendics close out the EP with another original, the namesake of the EP:. Midnight Machines boldly combines a laid-back bassline, a Tchaikovskyesque loop, plasmatic synth tones and deranged vocal outbursts, all retrofitted onto a teutonic grid. The full 10-minute version is available as a digital download, with the vinyl edit condensing its exponential evolution into a mere 7 minutes either way, this cut is definitely one of the more adventurous trips your ears will take this year.