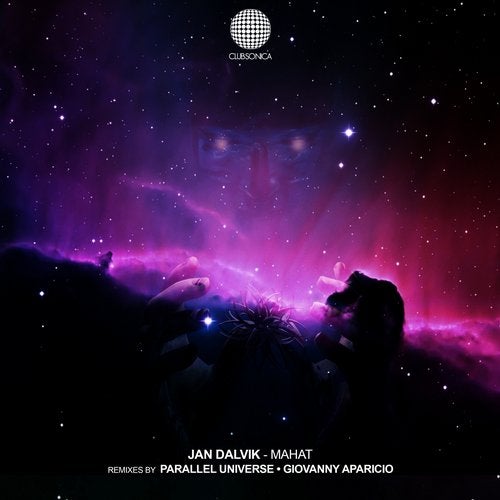 Hype Exclusive
The latest release from Clubsonica Records welcomes Jan Dalvik to the label for his debut single. Based in Stuttgart, the German artist has been widely regarded as a sound engineer for over two decades. Working under a variety of collaborative alias' until 2017, Jan then decided it was time to share his creative prowess through solo productions under his given name. Releases on Great Stuff Recordings, WHATPLAY, The Purr Music and his own Romantica Records imprint quickly established the German artist. Now following an appearance on Global Underground's 'Adapt #3' collection, Jan makes his much anticipated Clubsonica debut with 'Mahat', alongside remixes from Parallel Universe and Giovanny Aparicio.

Jan's affinity for redolent storyboarding has never been more evident than on 'Mahat'. Backed by a hypno-groove and smooth rhythmic structures, it's a creation that flows through a myriad of tranquil motifs. Hugely emotive throughout, meditative arps, ghostly pads and charming overlays converge for moments of sonic bliss, while tepid sweeps and emerging atmospheres add to its poignant charm. Tasteful modulation expands the impassioned narrative across a gorgeous centrepiece, before eventually melting down into a pulsating drop and purring finale.

The first interpretation of 'Mahat' is provided by Clubsonica label artists Parallel Universe who return for their third appearance. Hailing from Colombia, Ethereal Mist and Mauro Pierotti first established their creative partnership in 2018 with a contribution to the label's 'ADE Sampler'. 2019 yielded the well received 'Trip | Galaxy' EP along with releases on Onestar Records and Superordinate Music. Now following a remix for Antrim's Or Two Strangers imprint, Parallel Universe return to Clubsonica with a powerful rendition of 'Mahat'. Taking a cue from the rhythmic prowess of the original, the Colombian duo add their own progressive minded sensibilities to the track. Possessing a dramatic undercurrent, its perfectly carved groove moves through moments of emotional energy, as impassioned chord changes and wistful pads create a compelling canopy of sound. Resonating on a warm and inviting frequency, a luminous tonal theme highlights the main break, sitting atop muted beats as a striking build sparks an exhilarating finale.

Rounding out the release and providing the second and final interpretation of 'Mahat' is Giovanny Aparicio. The Colombian artist first appeared in February of this year with a collaborative remix in conjunction with fellow Cali resident and progressive house star Kamilo Sanclemente. The duo then went on to release a chart-topping EP for Paul Hazendonk's Manual Music while Giovanny's first solo production was signed to Sol Selectas 'Summer Sol IV' collection. Now making his much anticipated Clubsonica debut Giovanny delivers a stunning remix of 'Mahat'. Taking a deeper approach, the main themes translate wonderfully over warm beats and exotic percussion. An evolving narrative sees rhythmic shifts and emerging arps bring an effortless, hip swinging cadence; before melting down into a heartfelt final break as haunting motifs and trailing effects smoothly segue into a reflective finale. A gorgeous interpretation from Giovanny which caps off an impressive Clubsonica debut for Jan Dalvik, making it another must have release from the label's meticulous discography.