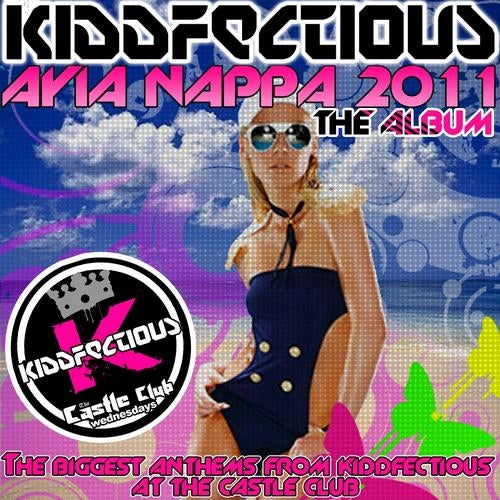 Kiddfectious has been smashing up the global dance music scene infecting events around the world with the highly successful Kiddfectious World Tour which touched down in over 10 countries with tens of thousands of revellers dancing to the Kiddfectious beats, lead by head honcho Alex Kidd! 2010 witnessed a change in the holiday resort of Ayia Nappa in Cyprus . A fresh and exciting force took control of the minds of thousands of holiday makers during the summer season. These newly converted Kiddfectee's made history as Kiddfectious soon became the busiest and most hyped club event in the country, attracting thousands of party goers on a weekly basis. After last year's raging success story of Kiddfectious' Cyprus debut residency,as part of the 2011 world tour the KF crew once again take weekly residence on the sun soaked island at it's summer home of the Castle Club, Ayia Nappa (Rated at 41 in DJ MAG TOP 100 Clubs). To celebrate the most successful season at the infamous Castle Club we deliver 30 of the biggest summer anthems hand picked by Kiddfectious residents this year with 2 high energy mixes to bring back those summer memories! Featuring tracks and remixes by Alex Kidd, Kutski, Organ Donors, BK, BRK3, Projekt Tek, In2ition, Kidd Kaos and many more this is the essential soundtrack from your 2011 holiday clubbing experience!