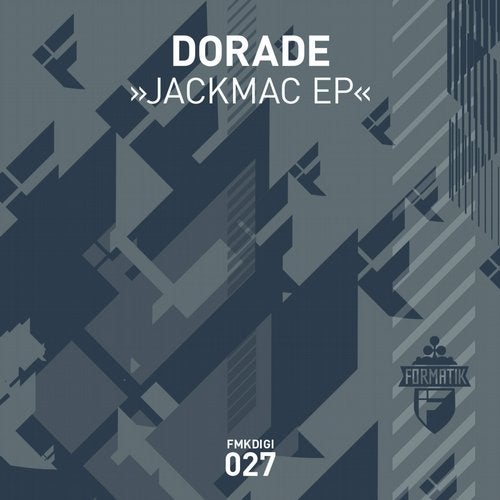 Dorade is back on Formatik Records again! After his debut release on the label in 2k15 the man behind this project, who prefers to remain unnamed and let the music do the talking, serves two box fresh bits on this single which are about dancefloors throughout the next months.
With the title track Jackmac we see Dorade introducing heaps of Funk and discoid grooves to TechHouse floors, playing around with significant cowbell heavens whilst sending crowds to ecstatic heavens with a reminiscence to the legendary 'Renegade Master'. Exactly our kind of ill behaviour.
The second tune on this brand new single is Argonoid, another highly effective primetime weapon. Fast-paced and functional, sporting razor sharp hi-hats, deep vocal samples and percussive synth stab works alongside swirling basslines this on-point studio effort is about to work hyped crowds on Techno floors all over the planet. For a reason.