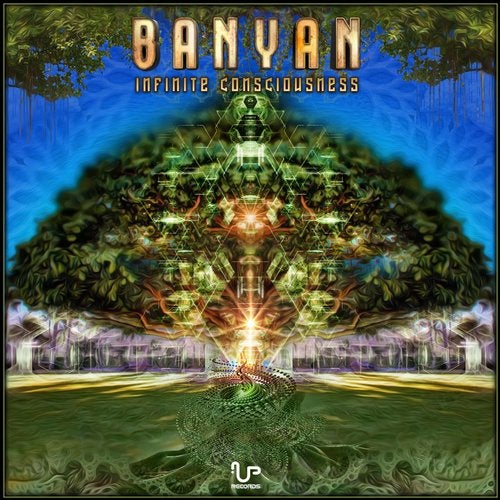 UP Records is very proud to present 'Infinite Consciousness', the debut album of 'Banyan' aka 'Steve Callaghan', a member of the retro four man Goa Trance act, 'OOOD' / 'Out of Our Depth'; a UK based collaborative group which have made their mark as a world touring act since 1994. 'Steve' has had a music production career spanning 30 years, since the late 1980's, with this respectable timespan and skill gained over this era, we can present a solo album with injections of all things 'Acid' for the majority of the 'Infinite Consciousness' album. The style and progression of each Trance track is a forge of Acid Trance, Goa Trance & Tribal Progressive Psy-Trance, apart from 'Drifter', which is set aside with vibes of Melodic Techno. Expect something different and Psygressive from 'Infinite Consciousness'.
'Dum Dum Returns' features co-production by 'Colin Bennun' / 'OOOD'.
'Drifter' features Clarinet by Special Guest, 'Ann Mac'.
Mastered by 'Colin Bennun' / 'OOOD'.
oood.net | music.uprecords.com.au