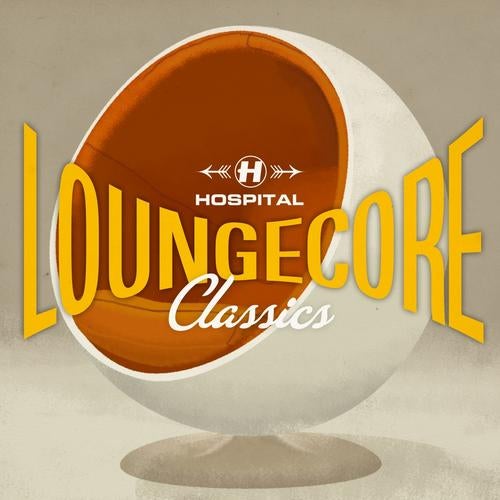 Known worldwide as one of the key independent labels championing the current sound of UK dance music, Hospital Records has long been regarded as a label that helped move drum + bass out of the late '90s doldrums and usher in a more youthful, vibrant and above all accessible era of the genre's evolution.

Many of today's Hospital fans may be unfamiliar with some of the early releases which shaped the sound of the label in its formative years in the mid-to-late nineties and into the new millennium. This compilation draws deep into the back catalogue for some of the hidden gems and underground classics which whose influence on a new wave of producers helped shape the sound of drum + bass today.

A phrase coined by the label's founders, "loungecore" refers to the body of work that defined Hospital's early output: "The thing that was firing us up was the connection that we thought that we could make with jungle music and drum 'n bass. We knew instinctively that we had to do something that no one else had done before. And we called it "loungecore." That was our term for the early stuff that came out on Hospital. And if you listen to it now, it's still an appropriate genre title - because it's very much analogue lounge music at drum 'n bass tempo with fast beats." - London Elektricity (FACT Magazine, July 12)

As well as delving right back to the start, this 28-track digital-only compilation expands on the original "loungecore" concept, bringing in more recent signings to the Hospital roster including Logistics, Netsky, High Contrast, Nu:Tone and B Complex, alongside the early IZIT, London Elektricity, Landslide and Peter Nice Trio releases. From opening track "Panda Style" by LAOS through old favourites by Syncopix, Seba & Paradox, Phutristix, to more recent releases such as Netsky's "Moving With You" and B Complex's "Little Oranges", the "Loungecore" album provides a wide-screen view of Hospital's heritage and brings this to a new audience. Comes with a Dj Mix from Hospital's CEO London Elektricity.