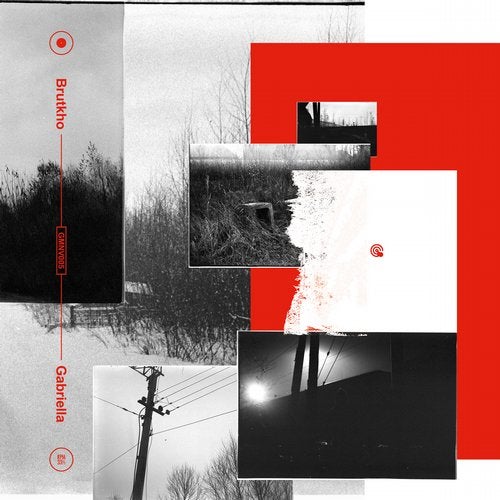 Brutkho strikes back on Goldmin Music with his very first vinyl release. A first physical release is always something special and exciting, So of course, it had to be a very personal and deeply touching package of music. Horvath Tamas alias Brutkho is actually one of the artists we feel since the first listen of his music. This hungarian producer has the power to play with the unexpected, to build captivating structures without losing sight of the essential simplicity this music needs. "Now & then", his first ep on Goldmin Music and "Magic 32" on the compilation were already authentic demonstrations of this guy's assertive personality and aspirations but he definitely pushed the process further on this record. Gabriella and Coleman are two massive deep-techno stompers focused on the atmosphere, the texture, the immersion which will play with your senses from the beginning to the end and fool your previous certainties without any doubt. Tel-Aviv based producers Deep'a & Biri who recently joined Derrick May's Transmat agency and who deliver some of the finest dub techno cuts of today catched the original track delicious pianos and dropped them into their sumptuous cinetic industrial groove. French producer Jan Hendez drives it into a pure rhythmic and organic piece of music unbound by usual genre limits. Menacing, very cold yet still deep and sexy remix that reminds both his first releases and his newer strictly atmospheric and mental approach. That's exactly the point with this record. It's a meeting of spontaneous artists who never stop their musical research, who don't mind about fleeting trends and who push boundaries further on every single track they do. Written & produced by Horvath Tamas. "Dedicated to my mother, the most important person of my life" Remixes by Yaron Amor & Itai Biri, Jordi Marty