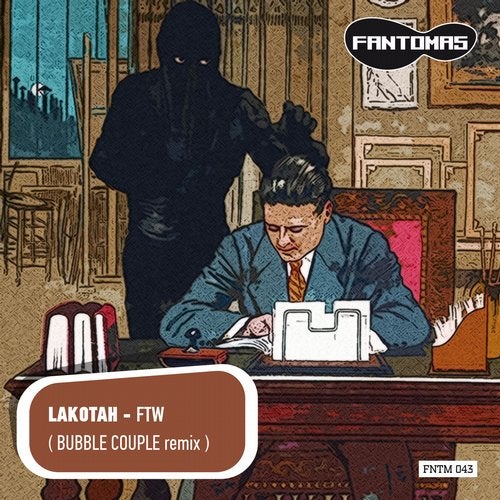 FANTOMAS RECORDS is a new high quality Booty-Breaks label created by two of the most experienced producers/djs of the Breaks scene. Top quality Booty singles, amazing dancefloor fillers series and unique compilations are already on the pipeline. Stay tuned! Fandor smiled as he listened to the loquacious old storekeeper, for he knew how much faith was to be put in her veracity and respectability!... It was pretty clear that she was every whit as guilty as the handcuffed individuals now in the dock. As she had not been arrested, it simply meant that, in Juve's opinion, this was not an opportune moment to put a stopper on the nefarious activities of this bad old woman. At this precise moment, Fandor recognised Juve. He was leaving a group of barristers and officials, who had been hugely entertained by his stupid answers and remarks. Yes, it was Juve, so admirably made up and disguised that Fandor had difficulty in recognising him. Here was Cranajour on the scene! He approached Mother Toulouche and stood there—a Cranajour who was the picture of gaping imbecility! "You, too?" cried Mother Toulouche, looking askance at him. "Are you one of the witnesses?" Cranajour's reply was a comical grimace. He scratched his beard, remarking finally: "I have forgotten! I don't know!" His audience burst into roars of laughter: Fandor laughed loudest of all! FANTOMAS RECORDS "BOOTY BREAKS FROM DA BARRIO" -------- http://soundcloud.com/fantomas-records http://www.discodistribution.com https://soundcloud.com/lakotah-wolf https://soundcloud.com/bubble-couple