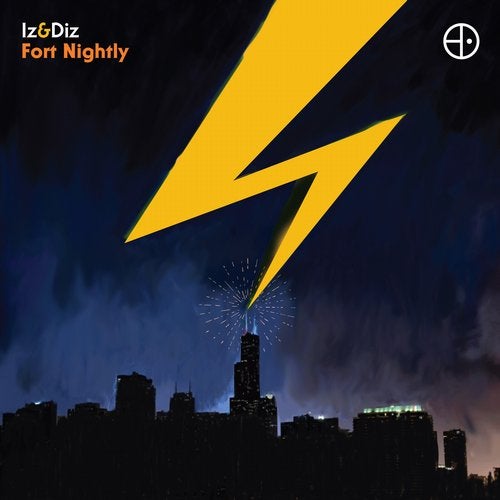 Fort Nightly is the long awaited debut album from Iz & Diz, forthcoming on Joshua Iz's Vizual Records imprint. Recorded over a fortnight in January, 2017 in Chicago, the title 'Fort Nightly' is a rhetorical base from which Iz & Diz are defending nightlife and the music that they love from nefarious attackers looking to diminish it's cultural importance and denigrate the craft of music-making and djing. Moreover, each track
was started and completed in a single day making up a fortnight. This was done by design to keep each track fresh and capture the vibe of that particular moment in time. While recording in this way was inherently a challenge, the resulting collection showcases the range of Iz & Diz and their musical influences without being too stylized and overproduced: from midtempo Balearics to moody deepness, to more experimental genre-bending explorations. The title track 'Fort Nightly' features the smooth vocal luxuriousness of Diz himself, while Dani Siciliano's signature vocal tone can be heard on the sublime 'Syncopated Love'. A collaboration with Monty Luke can be heard on the haunting disco echoes of 'Mama Exile'. Those familiar with Iz & Diz's earlier classics like 'Mouth' (Classic) and 'Magnificent' (OM Records) will find themselves right at home with cuts like 'Silverheels' and 'No Different' while 'Little Universe' and 'Jammies' enter into purely electronic territory providing a glimpse into a warm Iz & Diz future.