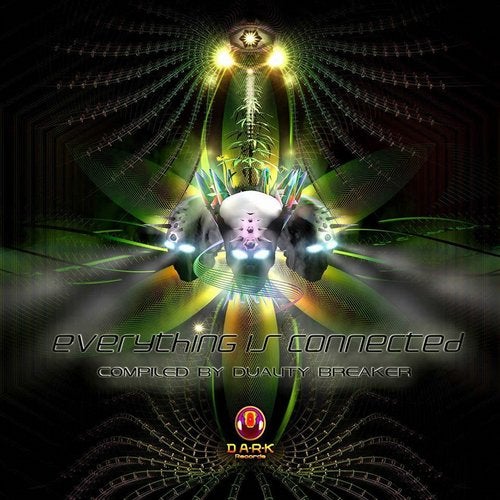 D A-R-K Records is proud to present its 4th release in the 5D Series, titled Everything Is Connected, compiled by Duality Breaker, mastered by Priapizzm and with the tremendous artwork of Eknuwyk.

A 'grounded' human being is someone who is connected to and receives direct benefit from the infinite free electron source generated directly from our planet. We're grounded when we hold the same electrical potential as the Earth's surface. Electrons are absorbed or discharged via the skin, mainly through our feet in contact with the ground. This is an ancient and profound yet hugely common sense principle of well-being that's currently resurging amidst enthusiastic stories of its success.

It's well accepted that electrical systems of our homes or sophisticated electrical equipment must be grounded to function safely and effectively. But how much have we considered the human body as being fundamentally bio-electric in nature, also working more optimally with grounding, and suffering adverse effects from the lack of it?

The universe is all about energy! Simply put, energy is universal information in motion within and around everything. It's very fast moving so we perceive only a very small percentage of it through our five senses; usually, we can notice only its effects (think radio signals, ultrasound, or even love).