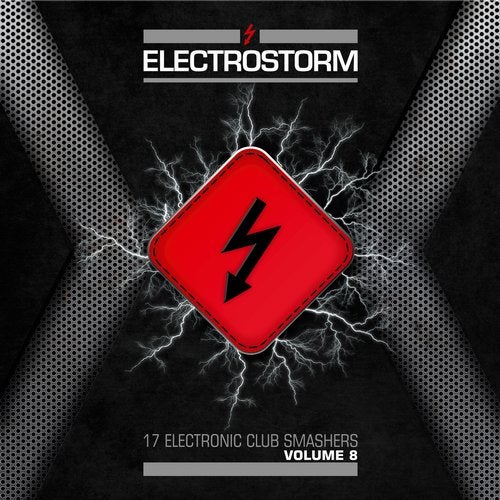 The eighth instalment of the popular Electro-sampler-series yet again offers a selection of new songs from the most important scene bands and the most promising newcomers. Electrostorm Vol. 8 contains more new and unreleased tracks than ever before... The Electrostorm compilation-series has always been somewhat special, as few other brands can claim so much quality at such an attractive price point. Volume 8 not only brings together an impressive collection of the best artists and newcomers from the scene, featuring Blutengel, Hocico, Combichrist, Agonoize, Dive, Solar Fake, CHROM, Solitary Experiments, Melotron, Ashbury Heights, Rummelsnuff, Cephalgy, The Sexorcist, Massive Ego, Too Dead To Die, The Juggernauts and the brand new Agonoize-side project Any Second, it also features a share of almost 50%% of completely new and unreleased tracks (from Hocico, Agonoize, Solitary Experiments, Melotron, Ashbury Heights and many more.) Hence, the newest instalment of the series features more fresh sounds than any of the previous volumes and even in the full price segment of the genre, you will be hard-pressed to find a compilation with as many new and unheard songs as this one. Sporting more than one hour of exquisite electronic sounds, Electrostorm Vol. 8 covers the entire bandwidth of this versatile scene... at the price of two pints at an inexpensive watering hole. One could almost call it brazen and it definitely almost feels too good to actually be true. Thus: Join the Electrostorm! This time, you have no excuse as you have seldom been able to get so much new stuff for almost no coin at all!