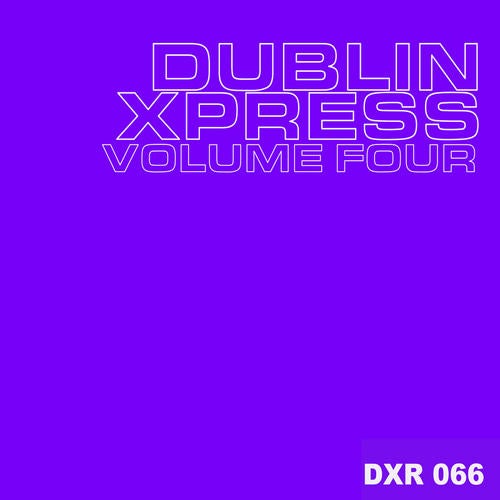 DXR Volume 4 is the 66th release from the fledgling label that started off as an off shoot to Nice & Nasty. Dublin Xpress aka DXR has always prided itself on being a platform of expression purely for that reason itself and primarily for Irish artists or artists based in Ireland. DXR was the original idea of Desy Balmer and cohort DJ Miller aka Anthony Miller to facilitate the ever increasing amount of quality demos of genres not suited for Desy's Nice & Nasty label. in less than 5 years DXR has been home to the creme de la creme of new Irish acts, such as Produse, Jay Riordan, Brian Taaffe, Captain Random, Scott Curtis, Feno, Peter Sweeney and Tony Craig ; however, DXR is equally proud to collaborate with Ignition Technician, Mike Absolom, Errol Dix, Itokim, Eight Minus Eight, Phasen, Tomi Chair, Lex Loofah and Nachklangmusik. DXR VOlume 4 showcases some great trax already released in 2010 and compliments them with some exclusive fresh new music. Ther eis no over all sound or style to pigeon hole this release, however, its fair to say that the music is of the highest calibre. Funky techno, tech House, Minimal, Hard techno, Electro House with maybe an emphasis on hard party techno. This is music made for DJs and clubs. It is not pretentious and over hyped just simple, quality club tunes for DJs who tend to like their tunes underground and with a hard edge. There are mments of techno soul and esoteric techno but get ready for the pulsating rhythm, the pounding groove and funky vibes inherent in each well crafted tune. Some of the artists may not be household now but some of them well be, you can bet your pay cheque on it. DXR give no guarentees of financial gain or promises of sex but what we can guarentee is pure, banging fun. DXR is it! It is what it is. Call it what you want. We call in DXR4.