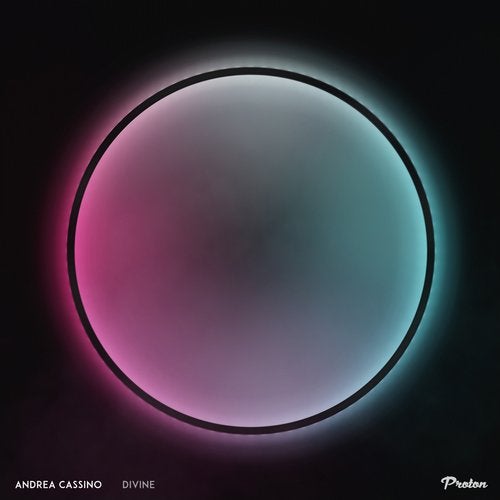 Andrea Cassino is an artist with a rich musical heritage to his name. With a long and distinguished career in the underground music industry, he has consistently shone brightly under a number of production soubriquets. Now making his solo Proton Music debut, we are proud to welcome Andrea Cassino to the label with his outstanding, "Divine" EP.

With his then production partner, Cassino and Laben found themselves at the vanguard of a burgeoning progressive house scene in the mid 2000s. Regulars on Baroque, Tilth and Proton Music, the "Don't Be Afraid" full-length album for the latter was high-tide watermark of downtempo quality. Furthermore, Particles also played a significant part in the career development of the Cassino sound with the duo hitting the heights via a wealth of original material from 2009-2011, supported by the likes of Sasha, Markus Schulz and Hernan Cattaneo.

Finding his own musical path, Andrea Cassino then launched a highly successful solo career that has seen him become a notable contributor to the likes of Soundteller, Balkan Connection and Lowbit. Fired by a desire to see his music founded more upon the "techno and tech-house" genres, Cassino saw support for his releases from such celebrated quarters as John Digweed, Nick Warren and Nic Fanciulli.

Forming a partnership with fellow Italian, Danny Lloyd, Cassino has once again found success in a collaborative approach to his craft. Thus, under the Nocturna pseudonym, the duo has seen their original music find favour with Balkan Connection, while the "Big Bang" EP for Hernan Cattaneo's Sudbeat in June 2014, was yet another notable highlight in the Andrea Cassino production portfolio. November 2016's "Pigmental" EP signalled another highpoint for the Nocturna name as remixes from Rick Pier O'Neil and Desatuate and GMJ followed, with Andrea Cassino now making his long-awaited solo debut for Proton Music with the twin track, "Divine".

The title track is a wonderfully constructed slice of melodic mastery as a strong beat and clicking percussive groove lay the foundations for a delicately evolving piece to revel in reverb and delay-drenched effects. A wonderful bass line progression emerges in the second movement that then sees a sublime lead line, rich in counterpoint melody, find its mark in an evocative breakdown, before joining forces with its rhythmic partner in the third movement climax. The resultant track is a "Divine" and classy affair.

"Charlotte" continues the clicking, popping percussive variants of "Divine", while a sumptuous blend of chord progressions emerges through thickly textured pads and rippling arpeggio lines. A warm and sustained bass rises and falls with consummate ease in the lower frequency range as a stripped back breakdown provides a pause for aural reflection in a moment of contemplation, before the dynamic rhythmic foundations once again anchor proceedings.

A pair of original tracks from the multi-talented and multi-faceted, Andrea Cassino, are simply "Divine".