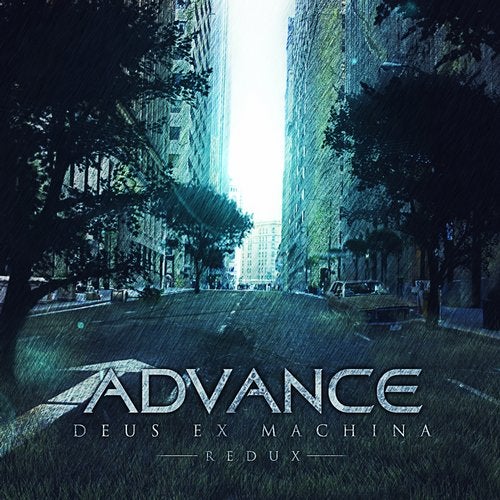 Advance, the one-man Dystopian Electronica project by Glasgows Tom Perrett, return with Deus Ex Machina [Redux], featuring new remixes from the likes of Unity One, Terminal Defekt and label mates Atomzero and, and a cover of Madonnas Frozen. The repackaged and remastered double disc version of 2014s monumental electronic release Deus Ex Machina, this is one for the existing fans and for those new to Advances unique sound alike, with its uplifting hooks, soaring melodies and self-aware lyrics all tied together by the sublime vocals of Tom Perrett. Outside the studio, its been an amazing year for Advance, who have been hailed as one of the hottest new acts on the UK Industrial and Alternative scene. Deus Ex Machina was received with high praise by critics and fans alike, and they have set club floors alight across the UK with their uplifting and infectious hooks and style, culminating in storming the stage with a career-defining appearance at Resistanz Festival 2015 at the Corporation in Sheffield. Drawing from such influences as Depeche Mode, Assemblage 23 and Ludovico Einaudi to name but a few, Deus Ex Machina [Redux] is sure to win Advance new fans across the world with its infectious sound and prescient commentary on the future of mankind and our growing dependence on technology as well as pleasing existing fans with its impressive array of bonus material. Released on the 3rd of August 2015 through AnalogueTrash Records. Catch Advance on a stage near you soon.