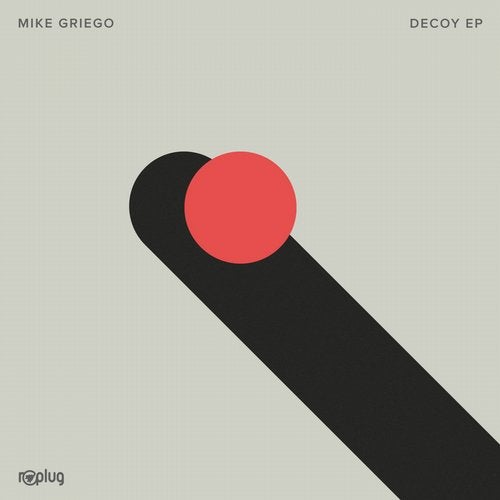 Cid Inc's Replug Records gets the Spring season underway by welcoming Mike Griego back to the label for a new EP. With a career spanning almost a decade, the Argentinean artist has been responsible for some of progressive music's most memorable creations. From his underground hit 'Sofia', to the summery melodic concepts of 'Mocca Sunset' (in collaboration with Stas Drive), Mike has left a long lasting impression on the genre. In addition to forging strong ties with Guy Mantzur's Plattenbank Records, Mike also lays claim to releases on Hernan Cattaneo's Sudbeat Music and Flow Vinyl. Having made his Replug debut in 2012 with a single and subsequent EP, Mike now makes a long overdue return to the Finnish imprint with 'Decoy'.

Spread across three tracks it's the title and showcase piece which gets the journey underway. Warm, dulcet kicks and intricately detailed percussion set the piece in motion, as chugging rhythms and astral motifs slowly surround the framework. Warm bass stabs only add to its widescreen appeal, carving out a meaty groove while vocal fragments add a mysterious air.
The second act transfers energy further into the subconscious, as the melodic narrative develops amidst a percussive haze, before tasteful modulation sets up a classy drop and hook heavy finale.

The EP's second selection 'Aghori' is more of a cross pollinated creation. Unique and groovy, it showcases an esoteric side of Mike's far reaching studio skills. Sitting in the creative space between house and techno, it's rhythmic affinity becomes infectious as layers of percussion, electric stabs and quirky hooks unite in a hip swinging dance floor jaunt.

Shifting further into peak time territory the release is rounded out with 'Forgotten Ninja'. On a backbone of commanding beats comes thumping bass stabs, exotic percussion and an effects storyboard to fully saturate your senses. Subtle shades, vibrant tones and fiery stabs continue to elevate the mood, before segueing nicely into a bridge of harmonic overlays.  Stripping down into a cavernous break this wall of melodic color eventually melts to a haunting sizzle, as the groove drops for a funky final act.

Long a regular in the sets of Hernan Cattaneo, Nick Warren, Guy J, Guy Mantzur and Replug label boss Cid Inc, the remainder of 2019 holds much promise for Mike, with the 'Decoy' collection sitting as one of the spring season's most sought after releases.