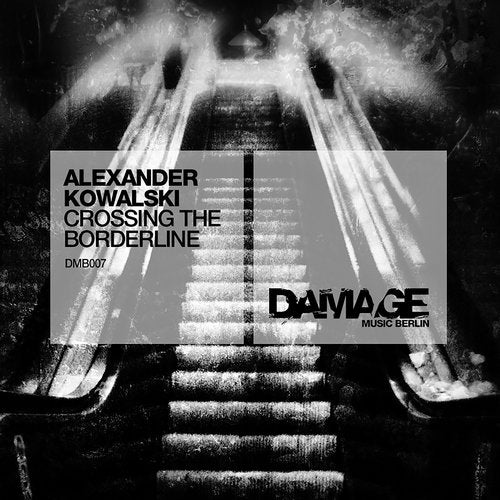 support by: Gabriel Ananda, Patrick Lindey, Karotte, Samuel L Session, Phil Kieran, Laurent Garnier, Stephan Bodzin, Angel Molina, Alan Fitzpatrick, Ben Sims, Joris Voorn, Dustin Zahn, Joseph Capriati, Marco Bailey, Karotte,.. After the big success of his remixes for David Durango & Sven Elmlund, label boss Alexander Kowalski returns with a new release of his own on Damage Music Berlin. Crossing The Borderline is a track from his live-sets and has been played all over the globe. For the studio version he used all of these experiences to edit and create the techno bomb you hear today. The heavy bassline and the pumping percussions give the track a strong drive that delivers us to the break. Sweet strings and flying hypnotic synth-sounds bring us to its peak, before releasing us back to the bass once again