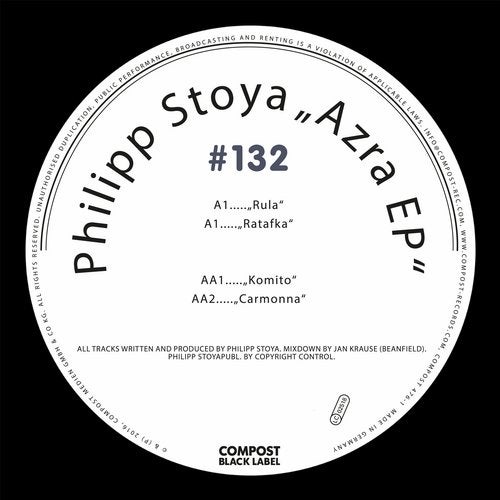 Philipp Stoya is back on Compost Black with a bunch of fantastic tunes, a hypnotic trip with deep analogue playfulness and elegance. It's a story of dedication, devotion and a whole lot of craziness. The debut E.P of Philipp Stoya, who might be recognized from his appearances on some Various Artists 12s on Compost Black Label, is a testimonial of love, his love to his wife, whose name is the EPs title, his love to music in general, giving birth to this record and his love to electric pianos and synths, such as the Fender Rhodes and the Roland Juno 106, which sounds give the tracks on the record an unique flair and atmosphere. His remix for Madpac's Angry Nerds is sheer bliss and also part of the Michael Reinboth Favorites on the COMPOST 500 compilation. www.facebook.com/Philipp-Stoya-156326981097996 https://soundcloud.com/philipp-stoya