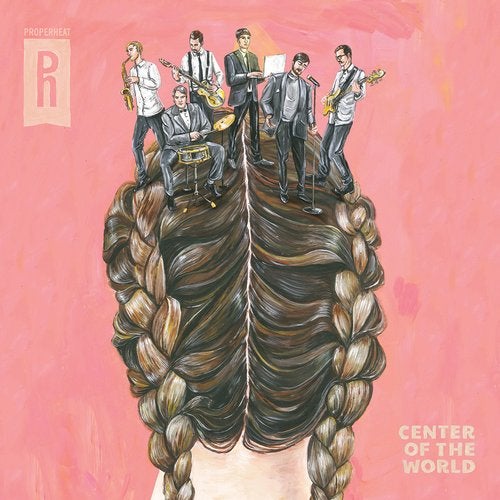 Nang delivers Proper Heat's second album 'Centre Of The World' which follows the previous 'Belive / On & On' EP which included a lovely Ilya Santana's remix.

Proper Heat have always been one of the key bands/artists of Nang's roster, releasing in the past 5 years 2 albums and 4 singles. Their unique style mixes magical lyrics and ethereal melodies with a hint of dance music, all merged in futuristic Nu Disco. In November we proudly present their second full-length album, after being introduced by their 'Believe / On & On EP', out at the beginning of the month and backed up with Permanent Vacation's Ilya Santana's remix.

'Centre Of The World LP' comprises 11 remarkable tracks, in which the Lithuanian band showcases perfectly their unique way of making music, for the club and beyond. Proper Heat in fact nicely touches with each of the tracks different shades of Disco and Nu Disco: from the sexy down tempo opening track 'Something New' and the dance-floor killer 'Believe In Love', to the timeless 'I Wanna So Bad' and the soulful and uplifting 'Open Up'.

Each of the cuts perfectly describes the band's influences: the deep and moody 'Life's Changing', the groovy 'On & On', the late night's anthem 'Stratosphere', the funky 'Morning To Fly', the 80's synth Pop's sounding 'For The Love' and the melancholic 'Fire'. The Album closes with the club friendly 'To The Top' in which Housy piano melodies and the lead vocals brings us back in time to a 80's Disco party in which, obviously, Proper Heat's music was making everyone shake shake shake their booties.

Center of the World