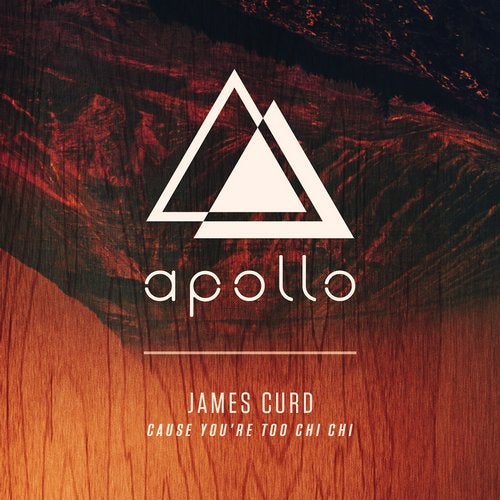 From Chicago to Australia, James Curd is no stranger to the dance music scene. With a career that spans over 25 years, James has seen extensive success with his former Greens Keepers band, now followed by many new solo and collaborative productions on labels like DFA Records, Trax Records, etcetc, Exploited, Repopulate Mars and more. In fact, one might say that he is currently reaching a new prime as his music can be heard in several movie scores in addition to the widely popular Grand Theft Auto video games series. As a long time friend of the founding members of Apollo, his music is a refreshing, yet perfect addition, to the Apollo catalog.

Kicking off the release, we have 'Big Fat Beat' featuring vocalist Likasto, which is absolutely huge. This track is highlighted by a super additive acid line and old school drum work, reminiscent of James' release on Trax Records. Featured here is Likasto, who provides the dirty vox with a Dance Mania styled feel, which easily takes the track over the top. For anyone who just wants the acid, you can rock the dub.

Next up is 'Work That With Some Acid', again with Likasto on the vox. Nothing but classic James Curd here, with catchy vocals over a really bouncy track. The cut is layered with pads over an acid line, while Likasto delivers the vocal. Tops!

Last up is 'Dynomite Show', which is the deep cut on the release. This track has luscious pads over an analog bass line and vocal stabs that sit in all the right spots. Perfect for any time of the night.

This release is a sure-fire dance floor banger, so add this to your favs and get ready to let it sit in your record box for a while!

Cause You're Too Chi Chi