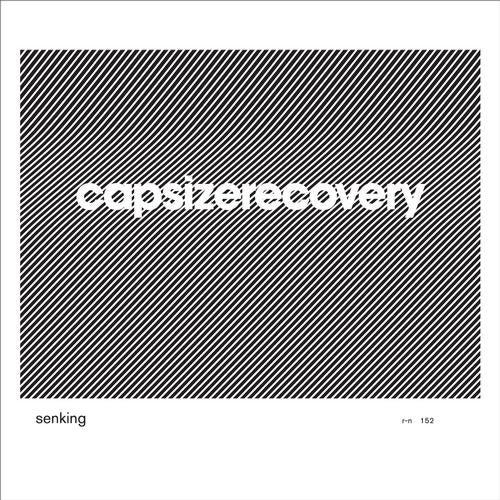 CAPSIZE RECOVERY takes the listener on a ride through a very dark universe of gloomysounds and atmospheres.

the eight rather longish tracks of the album are characterized by senkings epic signaturesounds - creepy hovering bass lines, clean and slowed down drums, paired with oscillatingand sometimes fierce synth melodies and shots.

with his extremely deep and dubby arrangements that explore the depths and abyssesof bass heavy music, he again is able to create soundscapes that convey a subtle sense ofunease or even fear, as if they were the soundtrack to a mysterious and disturbing film.

already the opener chainsawfish reflects this perfectly. a minimalistic composition ofdroning basses and synth pad sounds is decorated by scary voice snippets that seem to betaken from a horror movie, which eventually evokes the uncanny feeling of being haunted.

the track tiefenstop - a truly telling title - is a continuation of this theme and can be seenas the lowest point of the journey where the bass is reaching ever deeper spheres. again,voice snippets are used that intensify the hectic and stressful impression of the track, buthere they are juxtaposed with rather positive and balancing melody lines.

besides the omnipresent mysterious atmosphere, the overall sound of jens massels newrecord is organic and possesses a certain live character that can also be discovered in thelast track. senking, by the way, is also one of the few artists who creates his music withoutthe use of a computer.

enduro bones starts with a monotone beat to which single elements like echoes, synthsounds, and fragments of melodies are added. by means of repetitions and extensions, thetrack is gradually becoming more dense and complex, and therefore it seems to be a songthat is being created at this very moment.

senkings new record is an excursion to the depths of the human psyche. its like therecord is reflecting a difficult situation one can get into, as well as the struggle of getting outof it again - hence the title CAPSIZE RECOVERY.