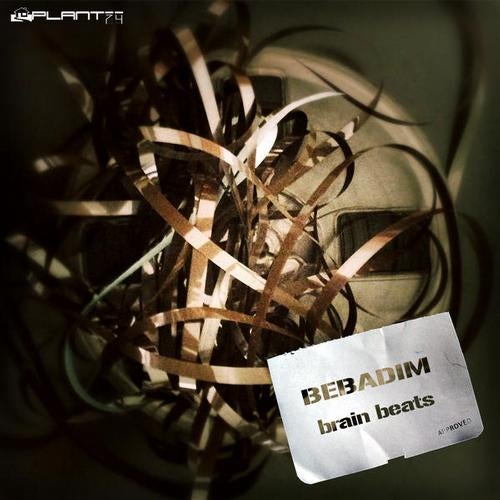 Hailing from the Russian city of Chelyabinsk (known
as The Meteorite City), Bebadim has bust out of the
place he describes as "a ghetto without any house
scene" to bring his rock solid beats into the orbit..

Having previously remixed Tripmastaz' track 'Back
On His B.S.' for Magnetic in 2010, and having had
Sneak remix his own track 'Back To The Old School'
on in 2012 for Plant 74, now its time for the next EP
for the label.

Diversity is the key word for "Brain Beats" - touches
of acid & euphoric pads of the title track, emotional
vocal snips & classic power house groove of "You
Got Me" combines with gangster raw hip-hop
influenced Ma Rapperz track and sums up with
Tripmastaz raw tracky, yet hypno 11 minutes length
edit of the main track.