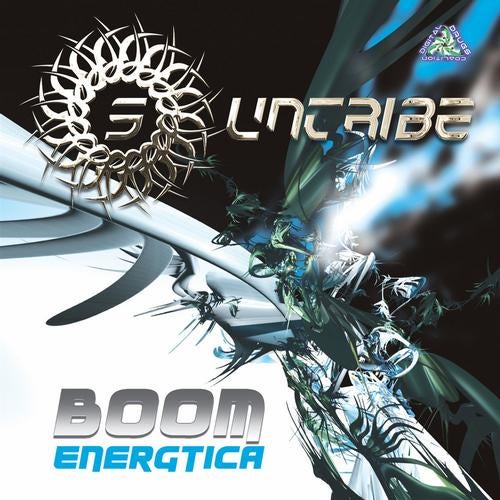 Digital Drugs Coalition presents the newest full album from world wide musical sensation and multitalented Psychedelic trance wizard Suntribe! Boom Enetgtica brings the trance audience an intensely spiritual and forward moving musical journey which Suntribe has created special for the year 2012! The album has 10 all original songs which follow our first release of Suntribe with his digital EP for Goa Records called "Mayan Awakening EP" including remixes of "African Tribe" by Sound Control and "Deep Melodies" by Psychosocial. Featuring tracks made with full care to take dance floors by surprise with many well crafted psychedelic twists and turns. This album is fitting music for the day, night or club environments of the most dedicated and psychedelic parties and festivals around the world. Suntribe aka Ash was born in India. Ash was blessed with a family that gave him liberty to choose his own creative path. This freedom gave Ash the scope to learn more about music. Choosing Australia as his base of evolution "Suntribe" was born. With a kind of psychedelic sound that reflects every atom of his personal experiences Suntribe's complex beats with hypnotic overtones are a sound that's managed to uplift dance floors on a global scale. Having played at Australian events including Honto, Traincore, Bliss, Freebase, Digital Mayhem, Southern Oracle and Earthcore Global Carnival 4 years in a row, Suntribe was ready to take on the world. Touring countries including India, Chile, Argentina, Dubai, Bolivia and many more Suntribe's live shows and 1st album - India Trance Rediscovered received rave reviews across the spectrum of the dance scene. Ash has performed with artists including GMS, Raja Ram, Eskimo, Space Tribe, Electric Universe, Sesto Sento, Juno Reactor, Sun Project and Infected Mushroom. As well as Suntribe, Ash decided to expand into several other music projects under the names of Protosun and Digitalsun.
http://www.myspace.com/psyash
http://www.myspace.com/protosunmusic
http://www.facebook.com/suntribemusic
http://www.reverbnation.com/#/SUNTRIBE
http://soundcloud.com/suntribe-music


Digital Drugs Coalition is a union of psychedelic trance artists from around the globe who believe that digital art + music are the purest form of getting high. Expect unique, fresh + truly out of this world productions from this hot posse!!

Darkstar is the sub-label of Geomagnetic that focuses on the Darker, Night time music, with hard and experimental styles.

Geomagnetic.tv was established in the summer of 2001 by Dr. Spook one of the founders of the prominent San Francisco 3D FX and Multimedia boutique known as Minds Eye Media (est.1995). www.mindseyemedia.com