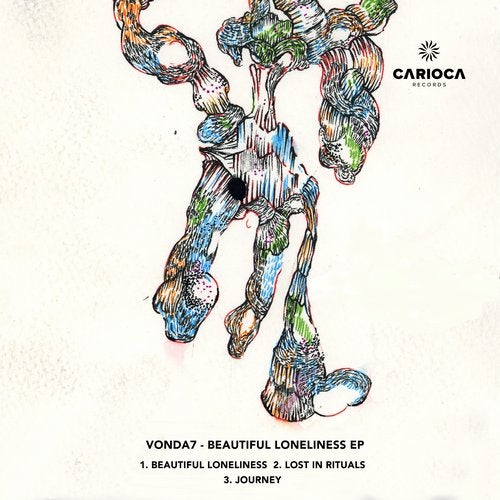 https://www.facebook.com/Carioca-Records-720337198030573/ Hailing from its mothership label Circus Recordings, Yousef resurfaces his supplementary outlet Carioca Records with a much more musical approach. Unlike Circus, Carioca is designed to be less of a reflection of Yousefs DJ sets, but rather opening up a wider musical latitude, offering an opportunity to release more hypnotic house and techno, not always aimed the DJs, but instead the music enthusiast. VONDA7 landed in Berlin following a wavy voyage down from planet techno many bpms ago. A purveyor of hypnotic grooves, she speaks in synthesised melodies and laughs in heavy basslines that wash over you like what can only be described as a seriously slick musical baptism. Here she makes a welcomed stop at Carioca Records, displaying her universal truth over three cosmic cuts.. From VONDA7 'Beautiful Loneliness' touches the first symptoms of a loneliness which at first can seem scary, but actually can also be a beautiful state of mind, making us rediscover ourselves and be true to ourselves about who we are and who we want to be. 'Lost in rituals' is a track about a lost man who finds himself through rituals. A quest which aims at finding the true meaning behind life and what's the right way of living. 'Journey' is about self-doubting, falling yet coming back even stronger. This journey is not over yet. Distributed by Strikeforce 360 Media http://www.facebook.com/Strikeforce360 https://twitter.com/STRIKEFORCE360