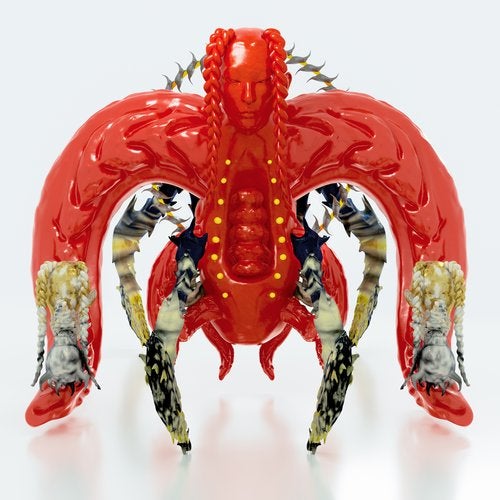 For the next release on SVBKVLT we are proud to present 'Arthropods', the new album by 33EMYBW. & new tracks plus remixes from Hakuna Kulala's Don Zilla, Hyperdub's Ikonika and NAAFI's Lechuga Zafiro.

Arthropods will be released on Friday 11th October. 33EMYBW will be premiering her new live show for the album at Unsound Krakow on the same date.

The soul is a fragment of a dream, the seed of future and past, evolving infinitely on the Arthropods* Continent. We seek out dreams and catch them, to scrape together the new Adam.

*1 ARTHROPODS? Arthropods is the alienation form of GOLEM*, and there is a soul in each metamere. They can upload, download, and link to each other.

*2 GOLEM?A golem is mythical humanlike figure made from clay and magically able to move on its own. In the Bible, Golem is an unfinished human being, without a soul. Through the process of its own evolution and its makers' experiments, a Golem can contain or generate its own soul. It can appear in different interconnected forms and reproduce itself at will. A golem with a soul, in order to speed up its own evolution, will sometimes supersede or devour the original form of life. The album Golem is inspired from this source.