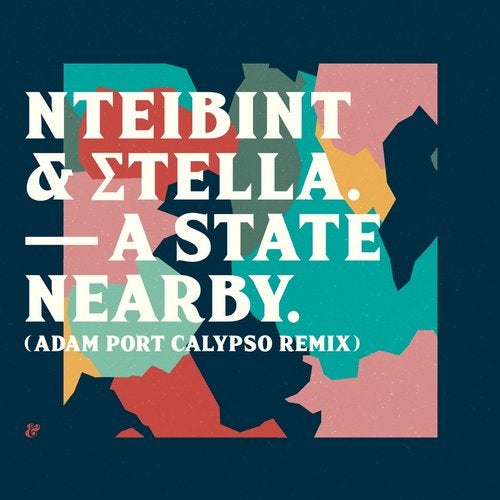 Released on Eskimo Recordings back in January, Greek producer NTEIBINT and his long time musical partner ?tella's 'A State Nearby' quickly found favour with DJs from around the world, from Australia's Aston Shuffle to Mexico's Future Feelings via Grimsby's Bill Brewster. Now giving the track a fresh rub Eskimo have brought in German producer Adam Port (Keinemusik) to offer up his own interpretation in the shape of his 'Calypso Remix'.
?
"My first contact with NTEIBINT and ?tella was via Ewan Pearson's remix for "Hide In", it was one of those tracks that I played in every set for such a long time, so I was pretty happy when the remix request from Eskimo came in," recalls Adam.
?
And as for the remix's unusual title, he explains "When I was looking through the stems I found these steel drums in the "unused files" folder for the original track. NTEIBINT had recorded them but for some reason didn't use them in the end but they were such a great match to the beat I'd already laid down I had to find a use for them. They gave the track such a distinctive sound that once it was all in place the name "Calypso Remix" just felt obvious really."
?
The end result sees the original's heart melting disco vibe replaced with a shuffling, staccato beat, pulsating electronics and of course those steel drums adding a summery, tropical touch to the track. Already picking up a play on Pete Tong's Radio 1 show Adam's remix is sure to follow in the original's footsteps into record bags of discerning DJs the world over.