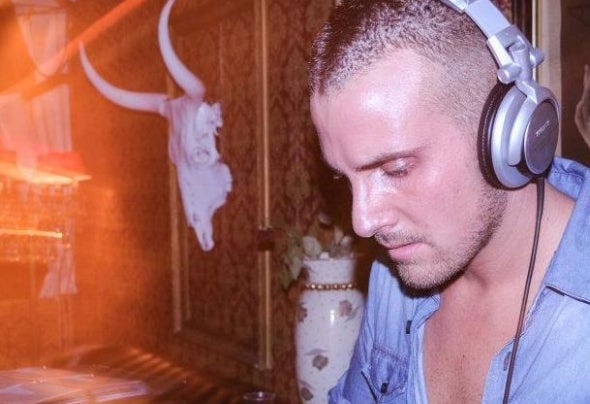 NUBE approaches to music since when he was a child. He started to playing music at the age of 7 when his parents gave him a guitar. At the first he learned to play music by ear, without help, he only tried to reproduce songs and the result was wonderful. He yet understood that his love for music will be fatal. Later his father bought for him the first FM digital Synth ever produced, a Yamaha DX-7. Thanks to it he begun to approaches to electronic music. In the adolescence he hang out at discos and he likes electronic music more and more, and he understand that music will be a part of his life.Growing up he understand that his only real interest is the music, no football, no videogames but only music. So he decided to buy a professional consolle to play, and decided to move his first steps with Cubase. He begun to compose music studying mixing and mastering techniques by himself, and composing with Cubase, reaching satisfactory results in a few years.. From 2008 he started to play in some Club in Rome like Piper Club, Neo Club, Gone, Backstage Cafè, Bibliotechina, Room 26, Circolo degli Illuminati and Rising Love.