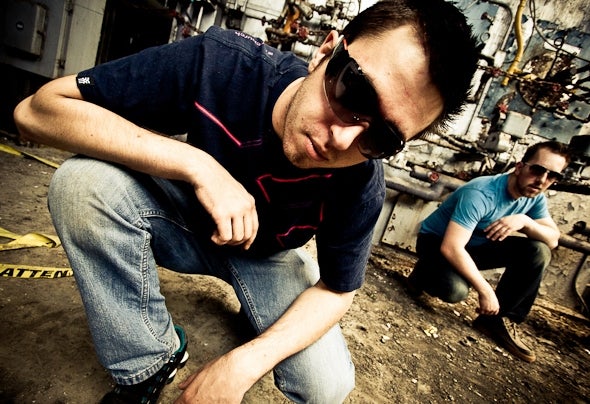 Matthew Jones & Patrick Doody are the Sour DJs, they are 25-year old producers and musicians from Niagara Falls, Canada. Their music is angry, aggressive, heavy, grinding, and noisy; something that can only be described as “Sour”. Living by their #1 rule "Less Corn More Beef" you can guarantee one thing about their music; its going to punch you square in the face!!With over 15 years of classical training under his belt, the transition from cello to dance music was something Matt never saw coming. After only 2 years in the studio the Sour DJs have quickly gained notice in the international scene; and have received support from some of the worlds top DJs and a feature in Benny Benassi’s Radio Mix #170. With some heavy unreleased tunes scheduled for the following year, these guys are a duo to keep your eyes on.