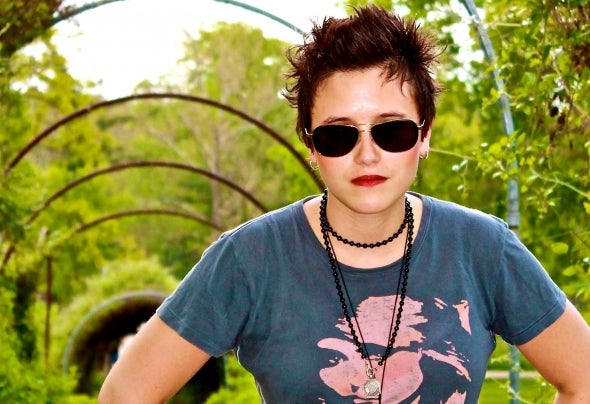 Abstract art was the original expression of Erica’s creativity. Once a turntable was added to her “creativity mix” after she graduated college, The Baraness was born. House music, of all genres, is her passion... and passionate is a great way to describe Erica as her passion for life and how she lives it clearly comes through in her choice of music and her style of mixing. The Baraness began her DJ career in Philadelphia. She began to play at house parties and then grew to guest appearances at venues such as Voyeur Nightclub (Sundae Philadelphia), Swanky Bubbles, Pure, Mansion, South Beach, Miami, London, and New York City. Her most notable residencies at Voyeur (Sundae Afterhours), Sisters (12” Happy Hour) and Fluid (Monday Night Social) combined with opening sets for Andy Caldwell, Pete Moss, Alex Alvarez, J Boogie, Robbie Tronco, Stacy Kidd, George Morel and Oscar P had solidified Erica as a house music force in the city of brotherly (and sisterly) love! Erica has also been involved with the commercial end of the music business with podcast series available at Podomatic.com (Adventures in Deep House: A Von SoDEF Podcast), and with promotions and freelance writing for The Joint/Media Services NYC. In addition, she has also shared her music with the masses on 91.7 FM for the Electronic Music Marathon in Philadelphia, BSP.org, Gary Jamze Radio on 88.5 WRKC, and was featured as guest DJ alongside Toronto's DJ Cosmic Cat for OUR HOUSE radio on Sceedle.com.Recently having moved to the Windy City of Chicago, Erica has immersed herself further into her career working in label management for Martin Atkin's Invisible Records, Chicago's longest standing DIY industrial rock labels. Learning studio production and working as a contributing editor to Martin's new book, "Band:Smart" (the follow-up book to huge seller "Tour;Smart), Erica has started blazing a trail fast in the Windy City. Since having moved to Chicago, Erica has shifted her artistic focus into production and remix projects. Recently, signed as a artist to house music label, Selektor Music (NYC), Erica has established herself as an artist/producer combining her musical influences of Philadelphia and Chicago into a style all of her own. She is also a resident artist/DJ on Digital Culture Radio alongside artists: Jon Van Dee, Iam Lopez, and Marcus Pearson. Erica also has her DJ mixes featured on Chi-Town Underground Radio as well as her productions on regular rotation at the station. Erica writes for the very well-known Chicago house music publication, 5 Magazine, interviewing artists of the likes of Dave Pezzner, Kelly Sylvia, E-Man and many other house music pioneers in the industry. Erica is also the co- founder of Innervisions Wellness, a company dedicated to energy work through sound healing in combination with Reiki healing. Erica is a certified sound healer using Tibetan and Crystal singing bowls as well as a reiki practitioner. This is yet another vehicle that encompasses Erica's love of music, sound and energy that is aimed to reach others on a deeper level.Erica... The Baraness, brings an energy wherever she plays and with a diversity of audiences. So, hurry to hear her at a venue near you or through her many podcasts and allow The Baraness to deftly mix her way into your mind, body, and SOUL!