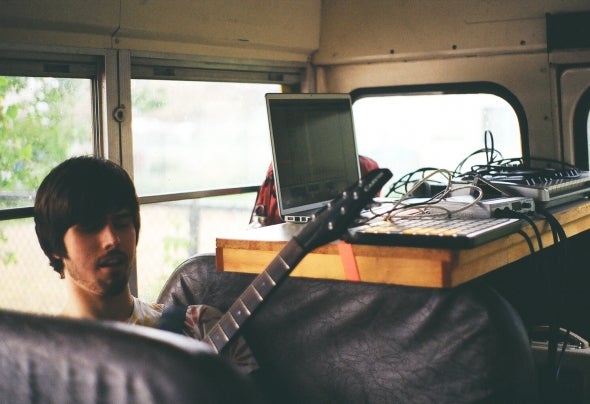 Sonic Geometry, the electronic music alias of producer and multi-intrsumentalist Andy Beyer, is one of the most creative and unique acts emerging from today's conscious bass music movement. Born from the fusion of Colorado's jamtronica scene and electronic music culture, Sonic G combines ear-bending live glitch performance with passionate vocals and guitar playing, embodying a deep atmosphere that echoes the pulse of the universe in a one- of-a-kind live electronic experience. Described as "trippy but danceable," his imaginative compositions and all-original/live remix sets bear strong and diverse influences ranging from Pink Floyd and Jimi Hendrix to Shpongle and Daft Punk. Sonic Geometry has made multiple appearances on glitch.fm's Next Level Radio and in venues around the country. He has performed at festivals including Sonic Bloom and ARISE and has shared the stage with such notable acts as Psymbionic,kLLsMTH,Skytree,Aligning Minds,Shwex, and Mouldy Soul. Earlier this year, Andy single-handedly ran a successful Kickstarter campaign to fund a 2013 U.S. tour, bringing Sonic Geometry beyond the borders of Colorado. His releases include a self-distributed 6 track album, a single on a disaster relief benefit album. and most recently a single with Gravitas Recordings on Virtus In Sonus II. He lives with his wife in near Denver, CO.