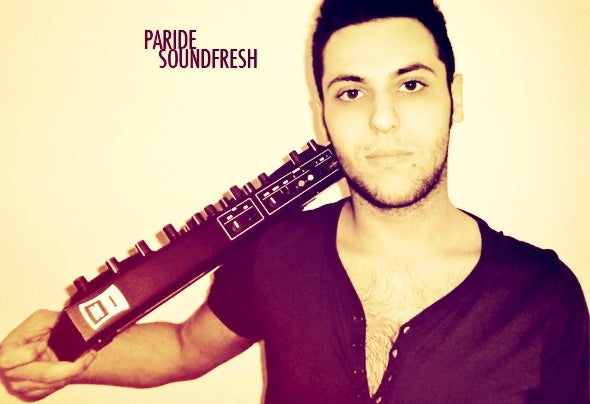 Paride SouNdFreSh born in october in Calabria in a region of the south Italy.Since when i was child i started to think that my world was the music , i started to play at 14 years old during the school party.at the end of 2007 i changed town and moving from south Italy to north part at Lovere a small village near to Iseo Lake.this has been for me a good development of my experience where here has been improved my skill and ability.This thanks to good knowledge of new instruments and software where my set has been appreciated to the peoples.After that he starts to play in many club like: Vhanilla,Capit al,The City,Afrostation,Monochrome,Divino Clubbing,Cotton Club in cooperation of the BIg oftechno music in Italian and unlike.As well Paride soundfresh was seen also toimportant techno festival as Freedom festival,Sodapop festival milano.the last he has been for long time main guest at MonochromeClub di Pisogne that the only undergroung club in the area.Knows that he is still young and he have a good walk but his personal dj set are charismatic movement with a pretty sound going from tech-house moref unky,techno and minimal in a selection very chic and snappy that the only thing is need to dance!The decision in 2010 to start with production and starting to use FL STUDIO at beginner but after choice Ableton Live has for him is more dynamic and pratical for live set job.In 2012 part of the STREET PARADE of Bergamo (ITALY), and his productions and remixes are starting to get out on some labels (TRAXACID, LOTUS FLOWER PUBLISHING, Spaceland REC) Now the idea was to move abroad, where the musical genre which is much appreciated by our dear Italy, also waiting for proposals from labels to put a label in its work. You can found some my demo at moment free of charge on my web page and my youtube channel, i like to go in a foreign country with a minimal and tech-houseculture more than in Italy.