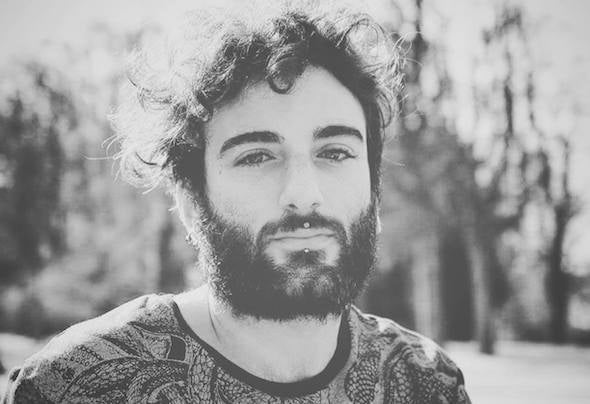 Marco Alvino, is an Italian DJ/Producer born in Italy. He had his first approach with electronic music in 2009. In that period he started off playing around clubs in the of South of Italy and around Naples, bringing up many collaborations with local artists. In the following year he started his career producing his first experimental demos and releasing his first works. Focusing on intense leads, mystical atmospheres that verge on the idyllic and raw sounding drum machines that characterized the sound of the early 90's, Marco leads the listener in a perceptual journey that transcends the boundaries of ordinary music. These ingredients provide his music with its characteristic organic sound. Marco's style has been influenced by the most diversified music genres - from jazz to grime, up to soul and classical music. In 2012 Marco began collaborating with several indipendet artists, bringing to light his first important releases. At the age of 17 he released his first single with Cubek Records and a year later signed with Aki- Recording releasing his first EP. Marco is appreciated not only for his unique style, but most for his ability to migrate between genres in order to give birth to a unique and exceptional sound. Nearly at the end of 2013 Marco moved to the Netherlands, where he currently lives. During this period his style has been critically influenced and continuously renovating.